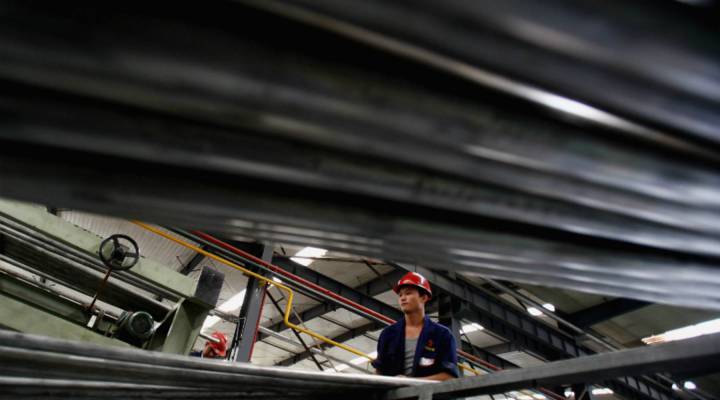 The U.S. International Trade Commission will investigate the role of China and other big metal producers around the world in driving overproduction, which has contributed to dramatic price declines for aluminum on global markets.

Weak prices and intense foreign competition have in turn led to a wave of smelter shutdowns and layoffs in the U.S. aluminum industry.

The USITC will report on its investigation to the House Ways and Means Committee by mid 2017. The commission’s economists will try to determine whether foreign governments are violating international trade rules and gaming the global market by improperly subsidizing their aluminum industries.

The value of China’s aluminum exports has quadrupled in the past decade. University of Maryland business professor Peter Morici, who served as chief economist for the USITC, said that the cozy relationship between China’s government and its banks provides some Chinese aluminum makers with a financial boost.

“If a firm is getting loans it never has to repay, and they’re rolled over and increased year after year, that’s clearly a countervailable subsidy,” Morici said. “That’s the sort of thing that is unfair trade.”

Morici pointed out that government subsidies — from national, regional or local governments — are not in themselves grounds for imposing retaliatory U.S. tariffs or bringing a case before the World Trade Organization. He said the subsidies provided to an industry need to be extraordinary, and have the effect of distorting markets and significantly suppressing U.S. production and employment.

Last year, the state of New York pledged $68 million worth of incentives to Alcoa — in the form of low-cost power deals and other financial assistance — after Alcoa said it planned to shut down its smelter in Massena, New York, near the Canadian border.

After the incentives were announced, Alcoa reversed its closure decision. Morici said the limited assistance New York State is providing to Alcoa would not be considered an unfair subsidy under world trade rules. (Alcoa is going ahead with plans to close two smelters in Washington State and one in Indiana this year.)

Chad Bown, a trade expert at the Peterson Institute for International Economics, said that proving government market manipulation in the steel and aluminum industries can be difficult. Metal producers make large upfront capital investments in real estate and equipment for their smelting facilities. But the companies don’t necessarily need to cover all those fixed costs from sales revenues month-to-month.

“These are industries where over short periods of time it may make sense for the company to continue to sell, even at a loss,” Bown said, “because it’s at least covering the variable costs of production.” That includes raw materials and payroll.

The U.S. aluminum industry has contracted substantially in the past decade. In 2000, there were 23 aluminum smelters operating in the U.S. By the end of 2016, just four are expected to still be open.