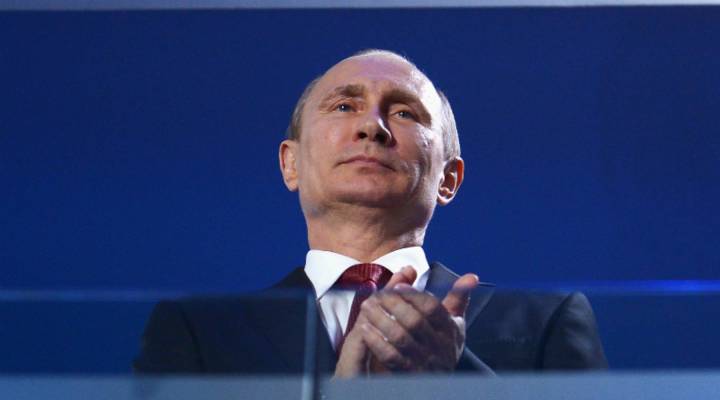 A huge leak of confidential documents has revealed how the rich and powerful use tax havens to hide their wealth.

Eleven million documents were leaked from one of the world’s most secretive companies, Panamanian law firm Mossack Fonseca.

The company says it has operated beyond reproach for 40 years and has never been charged with criminal wrong-doing.

French President Francois Hollande hailed the “good revelations” which would “increase tax revenues from those who commit fraud”.

The documents show 12 current or former heads of state and at least 60 people linked to current or former world leaders in the data. They include the Icelandic Prime Minister, Sigmundur Gunnlaugson, who had an undeclared interest linked to his wife’s wealth and is now facing calls for his resignation.

Gerard Ryle, director of the International Consortium of Investigative Journalists (ICIJ), said the documents covered the day-to-day business at Mossack Fonseca over the past 40 years.

“I think the leak will prove to be probably the biggest blow the offshore world has ever taken because of the extent of the documents,” he said.

One wealthy client, American millionaire and life coach Marianna Olszewski, was offered fake ownership records to hide money from the authorities. This is in direct breach of international regulations designed to stop money laundering and tax evasion.

An email from a Mossack executive to Ms Olszewski in January 2009 explains how she could deceive the bank: “We may use a natural person who will act as the beneficial owner… and therefore his name will be disclosed to the bank. Since this is a very sensitive matter, fees are quite high.”

Ms Olszewski did not respond to the BBC’s questions.

In a statement, Mossack Fonseca said: “Your allegations that we provide structures supposedly designed to hide the identity of the real owners, are completely unsupported and false.

“We do not provide beneficiary services to deceive banks. It is difficult, not to say impossible, not to provide banks with the identity of final beneficiaries and the origin of funds.”

It also reveals a suspected billion-dollar money laundering ring that was run by a Russian bank and involved close associates of President Putin.

The operation was run by Bank Rossiya, which is subject to US and EU sanctionsfollowing Russia’s annexation of Crimea.

The documents reveal for the first time how the bank operates.

Money has been channelled through offshore companies, two of which were officially owned by one of the Russian president’s closest friends.

Concert cellist Sergei Roldugin has known Vladimir Putin since they were teenagers and is godfather to the president’s daughter Maria.

On paper, Mr Roldugin has personally made hundreds of millions of dollars in profits from suspicious deals.

But documents from Mr Roldugin’s companies state that: “The company is a corporate screen established principally to protect the identity and confidentiality of the ultimate beneficial owner of the company.”

Mr Gunnlaugsson has been accused of hiding millions of dollars of investments in his country’s banks behind a secretive offshore company.

He did not declare an interest in the company when entering parliament in 2009. He sold his 50% of Wintris to his wife for $1 (70p), eight months later.

Mr Gunnlaugsson is now facing calls for his resignation. He says he has not broken any rules, and his wife did not benefit financially from his decisions.

The offshore company was used to invest millions of dollars of inherited money, according to a document signed by Mr Gunnlaugsson’s wife Anna Sigurlaug Pálsdóttir in 2015.

Mossack Fonseca says offshore companies are available worldwide and are used for a variety of legitimate purposes.

Jennie Granger, a spokeswoman for the UK’s tax authority, HM Revenue and Customs (HMRC), said the organisation had received “a great deal of information on offshore companies, including in Panama, from a wide range of sources, which is currently the subject of intensive investigation”.

She said the ICIJ had been asked to share all its data with HMRC.