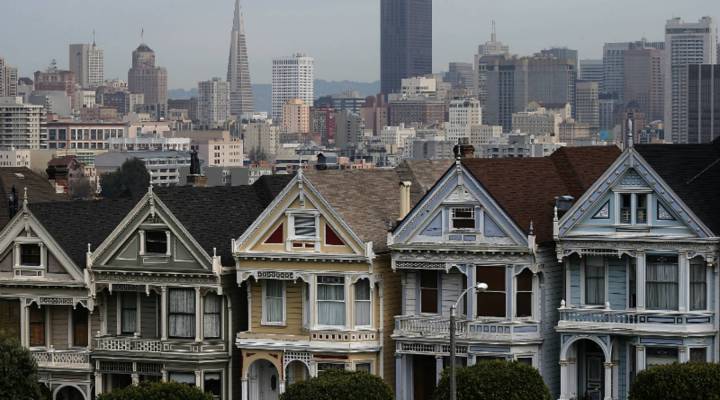 COPY
San Francisco housing is among the most expensive in the nation.  Justin Sullivan/Getty Images

San Francisco housing is among the most expensive in the nation.  Justin Sullivan/Getty Images
Listen Now

It’s getting a lot harder to buy a house in some parts of the country.

RealtyTrac is out with a report Thursday that says home prices are rising faster than wages in almost two-thirds of U.S. housing markets.

The most unaffordable housing markets are on the coasts. New York and San Francisco, for example. But the report found that prices aren’t just rising there. In 9 percent of the housing markets RealtyTrac looked at, prices were above historic norms.

“To buy a median-priced home, you’d have to spend a higher percentage of your wages as an average wage earner than you would have to historically in that market,” said Daren Blomquist, senior vice president at RealtyTrac.

Why? Blomquist blames a domino effect that starts when wealthy foreign buyers snap up houses on the coasts. The locals in those markets are priced out. So, they move.

“We call them housing refugees,” Blomquist said. “They’re coming from these high-priced markets and moving to a market like Detroit or St. Louis or even Baltimore.”

And driving up prices in those markets.