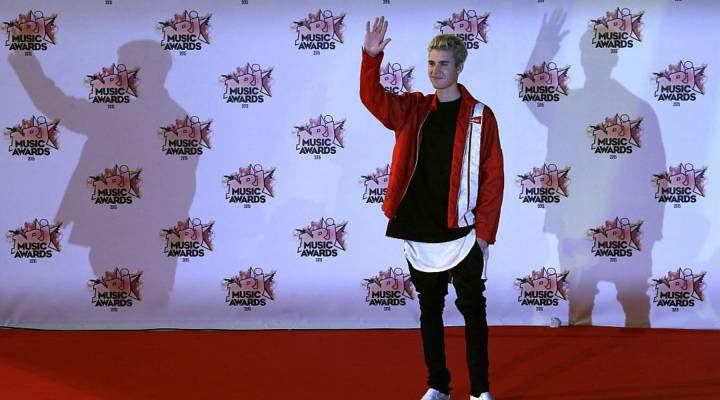 Lots of people took to Twitter today with #WeAreHereForYouJustin.

As in, Justin Bieber.

The pop star canceled pricey post-concert meet-and-greets with fans, which were part of VIP ticket packages sold on his tour, costing as much as $2,000.

In an online posting, Bieber said the meet-and-greets were wearing him out.

“I end up feeling so drained and filled with so much of other people’s spiritual energy that I end up so drained and unhappy,” the post said, “Want to make people smile and happy but not at my expense and I always leave feeling mentally and emotionally exhausted to the point of depression.”

Bieber’s cancellation means potentially leaving big money on the table. Concert tours are a main source of income for musicians, and add-ons such as meet-and-greets are part of the business strategy.

Ralph Jaccodine, an artist promoter with his own firm, has been to a Justin Bieber meet-and-greet with his his teenage daughter.

“It seemed like maybe a thousand people or so. It was a line that took hours,” Jaccodine said, adding that the most important element of Bieber’s meet-and-greet was that you had to go online afterwards to retrieve your photo with him. “Because then somebody aggregates a lot of email names,” he said.

Collecting email addresses from fans is a strategy Jaccodine employs with his artists, as well. He uses emails sent directly to fans who’ve signed up at concerts for crowd funding appeals. “One of my artists has 15,000 people on his email list,” he said. “Our last two campaigns we raised over a $100,000.”

This kind of direct contact is essential to building an artist’s brand, said Fabrice Sergent, the CEO of the concert discovery app Bandsintown. “Artists [have] to create and strengthen their relationship with their fans,” he said, “and directly reach out” without the aid of a major label.

It doesn’t hurt that meet-and-greets and other sideshows at concerts are lucrative. “It’s very common to do this, for both the artist and the promoter to depend on ancillaries as a major revenue stream,” said Jeff Dorenfeld, professor of music business and management at the Berklee College of Music in Boston.

Artists have gone beyond merchandizing, such as t-shirts, hats and CDs, are now offering extras such as “the soundcheck ticket… go backstage and meet someone in the band, or whatever,” said Dorenfeld. “There’s all kinds of packages that go with a concert.”

It can all add up to a nice little bump on top of the main source of revenue, which is the concert itself, he said.