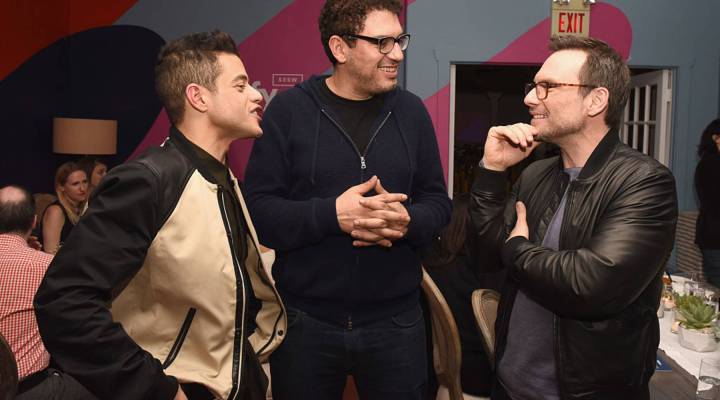 The protagonist of the hit USA television drama “Mr. Robot” is a cybersecurity engineer by day and a vigilante hacker by night.  Sam Esmail, the show’s creator and showrunner, said he hoped that the show might be a small cult hit.

“The fact that it broke out bigger than that is beyond surreal,” Esmail said. “It’s a testament that there is something about this world of technology that people are starting to be interested in and investing in.”

Although the show is fictional, Esmail wants it to be informative and influential, especially in a time when important subjects like encryption are such hot topics.

“I’m glad to see that people are getting more informed, and that actual world conversations are happening,” he said.

“Mr. Robot” has been praised as being very accurate at depicting the tech world, and Esmail works hard to maintain that authenticity. While other shows might use green screens and other effects, Esmail prefers to shoot the computer screens as they are, and to have the actors type up real code.

“It’s our number one priority—to the chagrin of our production team,” Esmail said. “I’m pretty obsessive about it.”

Esmail just started filming season 2, which is expected to be out later this year.

We also asked Esmail where he goes for inspiration. “Music really drives the ideas. It sets a certain tone in my brain that makes me shift perspectives in a weird way,” he said.

In fact, we asked that question of most people we met at SXSW. Learn more on our Marketplace Medium page.