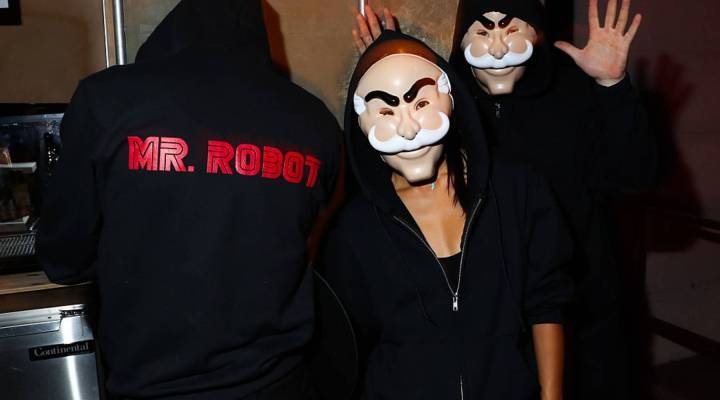 Fans of the hacker drama series “Mr. Robot” will be able to watch the season two premiere tonight – that is, if they didn’t already catch it online on Sunday.

Online premieres are becoming common, but what USA Network did with Mr. Robot added a twist. The online premiere was announced in the middle of a Facebook live event featuring some of the cast. That premiere was then available to stream for a limited time – before being pulled.

“Mr. Robot” has been a cult hit, which means it doesn’t have that many viewers. At least on TV. Alan Sepinwall is a TV critic for HitFix.com. He said Sunday’s ambush premiere was a first.

“It’s very much keeping with the aesthetic of the show and idea that hackers are breaking in and doing these things,” he said. “But at same time the show is anti-corporate and anti-marketing and anti all these things, and here they were using the trappings of the show to sell the show.”

It’s too early to tell if it’s worked, but Thomas Umstead said there’s a good chance. He is programming editor of Multichannel News. He said the way that online premiere popped up for a while, then disappeared – it had time to create buzz with just enough people.

“But by the time everybody knew what was going on, it was already off,” he said. “So it was brilliant of USA to tease it in that manner, now people are even more – well, they hope more people are going to be interested in watching the series when it premieres tonight.”

And see the full two-hour episode complete with the advertising that keeps the network running.

Ron Simon is curator of television and radio at the Paley Center for Media. He can see a time where viewers will be given a challenge – to hunt down a show’s premiere online.

“I mean there are ways to do it to really create interest,” he said. “And I think the most important thing is to create a participation among the audience where you are part of the spirit.”

He said giving audiences a stake will be vital to shows’ success.

Marketplace interviewed Mr. Robot creator Sam Esmail back in March, check it out.