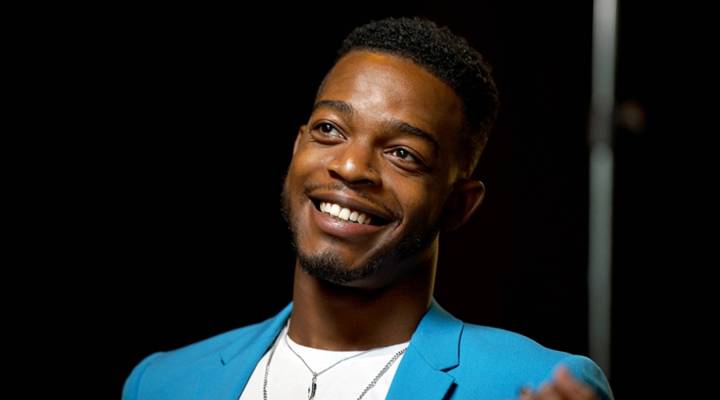 The Golden Globes are just around the corner. That means Hollywood awards season is about to start in earnest. One film you’re almost certainly going to hear about is the latest from Barry Jenkins, who wrote and directed the critically acclaimed “Moonlight.” His new film, “If Beale Street Could Talk,” is the story of a man arrested and imprisoned for a crime he didn’t commit.

Stephan James, one of the actor staring in the film is having a pretty good year. He also has the lead in a very buzzy show, the Amazon series “Homecoming.” With major roles on both the big and small screens and his first Golden Globe nomination to boot, James is one of Hollywood’s fastest rising stars. The following is an edited transcript of his conversation with Marketplace host Kai Ryssdal.

Stephan James: Well, I’ve been a big fan of Barry Jenkins for a long time.

James: And so, I read the script and I was kind of blown away because I felt like the character of Fonny was almost written for me, it was almost made for me. And so I told my my managers, I said “I have to do anything to be a part of his film.” So I ended up sending Barry a couple scenes, and then I asked him if he would meet me for lunch and he, much to my surprise —

Ryssdal: Wait, how does one go about doing that? Getting Barry Jenkins and saying, “do you want to have lunch?”

James: I mean, hey you just got to be bold enough to do it I guess, you know, I just I asked him and truly I didn’t know what to expect. You know, he could have ignored me. He could have said, you know, “there’s no way I’m meeting you, kid,” But you know, I pretty much begged him to be a part of it.

Ryssdal: All right this is a little off the wall but I’m going to throw it out there anyway. Acting is a job right? So what’s it — what’s it like to have acting be your job I guess is the question?

James: It doesn’t feel like a job. I mean, I just feel like if it ever felt like work, I’d stop doing it. I have a blast doing what I do.

James: Yeah, I mean, I’ve been very, very fortunate. Mind you, I’ve been acting now for 10 years. So you know, to just sort of be in this position now where more people are starting to get to see your work and appreciate it, it’s a pretty cool feeling.

Ryssdal: Yeah I want to, and just to follow up on that previous answer, you have said recently actually about why you do movies, one of the things you ask yourself is, “Why should we tell this story? Why does it matter to make a movie like this?” And you’re talking about “Beale Street” specifically. So what was it about “Beale Street “that spoke to you, that made you want to do the film?

James: Man, you know what when I read — this my first time reading Baldwin.

Ryssdal: Yeah, James Baldwin we should say, the guy who wrote the book on which “Beale Street” is based.

James: Exactly, so you know it’s my first time reading a James Baldwin novel. And what really struck me about this story is that even though Baldwin wrote these words in 1974, they resonated so heavily in 2018. I mean like literally these issues of mass incarceration, issues of false imprisonment are front page news today. So, you know, to me it just felt like it was bigger than me. It felt like I had a real story to tell. Even though they’re fictional characters they are very representative of real people even today, so it just felt important to be able to share the story.

Ryssdal: Not to put too much on the shoulders of Stephan James at the age of now 25, but the other big project you’ve got going, “Homecoming” on Amazon from Sam Esmail, he’s the guy who did “Mr. Robot,” has a lot of those same characteristics right? What people in this country, specifically veterans, are going through.

James: Yeah, I agree. You know people made the comparison all the time, I think that it’s funny because Walter Cruz in “Homecoming,” he sort of wants to be in this institution, with Fonny in “Beale Street,” you know this is the last place he wants to be is institutionalized, especially wrongfully. So I think they’re a little bit different but just a really cool thing for me to do both those projects back to back.

Ryssdal: I know I said I didn’t want to put too much on your shoulders but there is a theme, I guess, in this quick conversation you and I are having about the role of artists getting this society to look at some of its most difficult issues right? Whether it’s how it treats veterans or racism or institutionalization or all of that?

James: Yeah, I agree. I mean I think that you know, I’ve always made it a point to to be a part of art that reflects society. Art that reflects life. And I think, that you know I’m not fulfilling my purpose as an artist if I’m not being true to these stories and not fully understanding the fact that you know these are people who go through these situations in real life even though they’re made up sort of characters so I think there’s a level of responsibility that comes with carrying that truth. 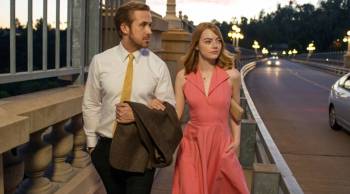