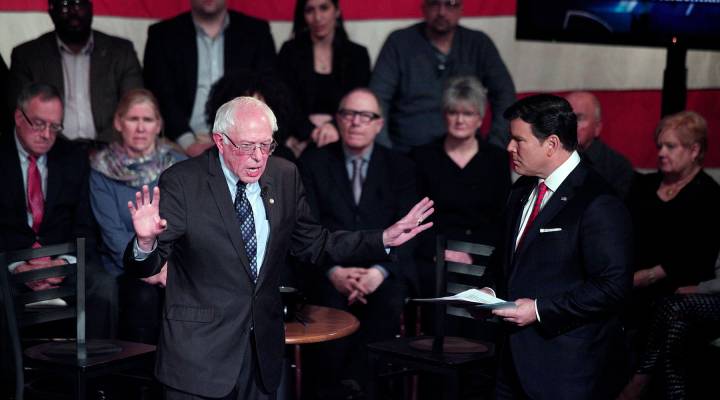 Michigan has lost thousands of auto manufacturing jobs over the years. And exit polls by Edison Research suggest nearly 60 percent of voters in Michigan’s presidential primary linked free trade with the departure of jobs to low-wage countries.

It’s perhaps no surprise, then, that the victors in Michigan’s primary, Democrat Bernie Sanders, a Vermont Senator, and Republican Donald Trump, are both staunch opponents of trade partnerships such as the North American Free Trade Agreement or NAFTA, which some blame for Michigan’s troubles. Among other things, NAFTA eased trade rules with Mexico.

“The autoworkers, many of them did lose their jobs, in part because some production moved to Mexico,” said Gary Hufbauer of the Peterson Institute for International Economics. “And that part is blamed for way outside its portion of the harm to Michigan.”

Hufbauer said NAFTA actually provided a net economic benefit to the U.S., though he said more should be done to support workers whose jobs are outsourced as result of the trade deal.

Political scientist Steven Smith of Washington University said it’s unlikely a majority of voters in either party buy into Trump and Sanders’ populist messages on trade.

“But a substantial plurality does,” he said. “And in a multicandidate race as in the Republican side, this really can make a difference.”

Among Democrats, Smith said Sanders’ views on trade differentiate him from the political elite.