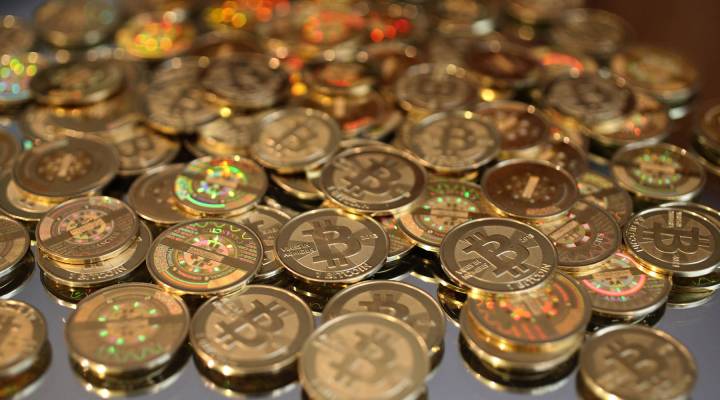 COPY
In the future, the Fed and others will have to create new ways to work outside the financial system. George Frey/Getty Images
Secretary of the Future

In the future, the Fed and others will have to create new ways to work outside the financial system. George Frey/Getty Images
Listen Now

In the latest installment of our Secretary of the Future series, we’re looking at financial innovations such as digital currency, mobile money, peer-to-peer lending and crowdfunding. These are largely niche phenomena now, but if they keep growing, they could makes things easier and cheaper for consumers. But they could also make economic policy far more challenging. Like so many emerging technologies, the changes could bring good, ill, or some spookily potent cocktail of both.

“It’s definitely exciting because it could transform the way people make payments. It could transform the way people get credit,” said Randall Kroszner, who was a Federal Reserve governor during the worst of the financial crisis. “But whenever there’s anything new, there’s always something that can be a little bit challenging with it. Like with icebergs, it’s not what you can see that can kill you, but it’s what’s below the water level. It’s what you can’t see that can sink the ship.”

Now a professor at University of Chicago’s Booth School of Business, Kroszner says these new financial technologies — if they become vastly more popular — could “pose some challenges” for his successors at the Fed in the decades ahead.

That’s because many new financial technologies, from peer-to-peer lending to digital currencies like Bitcoin, move activities outside the traditional banking system, into places the Fed can’t as easily see or influence with its current tools. Think of the Fed as delivering a message to a crowded room. Today, it talks and the banking system hears it. But in a future where more people do business outside traditional banks, it would be like the audience the Fed needs to reach would be wearing noise-canceling headphones.

Kroszner and others who follow monetary policy stress that these technological developments are far too small to have a meaningful impact today. But if they keep expanding, the Fed and all of America’s policymakers and regulators will likely have to adapt.

And many observers predict accelerating growth for these new digital products and services. It helps to think about money as literally liquid.

“Water tends to flow to the lowest point,” explained Charles Whitehead, a Cornell Law School professor and former high-level banking attorney who has been thinking more and more lately about the long-term impact of various new financial innovations. “Finances tend to flow to the lowest transaction costs, the cheapest way of getting money transferred, the cheapest way of doing business.”

In decades to come, they just might get big enough to change the game of economic policy and regulation, which is why they could certainly have a place on the agenda of a Secretary of the Future.