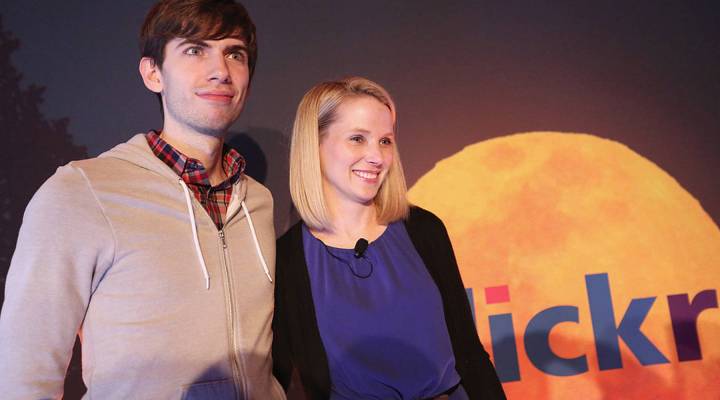 Yahoo has already written off $230 million of the value of Tumblr, the blogging site it bought for $1.1 billion two years ago. It may soon write off the entire $750 million “goodwill” value of the company.

But what is goodwill?

It might be easier to start with what is not goodwill.

When you buy a company, you’re buying the physical stuff of the company, obviously.

All of that stuff is written down on a company’s balance sheet, there are receipts and records. It’s all very neat and tidy. But if you add all those things up, that’s usually just a portion of the actual price you pay for an acquisition.

“Typically, companies don’t get sold for the book value of a company,” said Kedrosky. Because there are other things that a corporation has, things that are worth money, things that make money, that you can’t really nail down. But you still have to pay for them.

“Things that don’t show up on a balance sheet, so the most obvious example of that is the brand,” he said.

It’s fuzzy, but it’s worth something; think about the Coca Cola brand name. There are other fuzzy things (known as intangible assets) that push up the price of a company – customer relationships, patents. But that still doesn’t always account for the total price of a company, because there are even fuzzier things you may end up paying for.

“Some of it, even after you try to put a fence around it and call it a brand or call it something else, there’s leftover, and the leftover is the goodwill,” said Alon Kalay, assistant professor at Columbia Business School.

Goodwill is the fuzziest of the fuzzy values of a company.  (Technically, it’s the difference between what you pay for a company and all the identifiable things of value that make up the company.)

“Goodwill is often referred to as the hope value,” said Mark Mahaney, Internet analyst at RBC. “As in, ‘we hope this asset we just acquired for a billion dollars will generate x amount of revenue and profits long term, but we don’t know.’”

Yahoo had a lot of hope for Tumblr. Out of the roughly $1.1 billion Yahoo paid for Tumblr, $750 million was goodwill.  In writing that down – crossing it off its balance sheet list of assets – Yahoo would be saying, in the words of Kedrosky, “we screwed up. This isn’t worth anything. Our bad.”

In other words, Yahoo’s hopes were dashed.