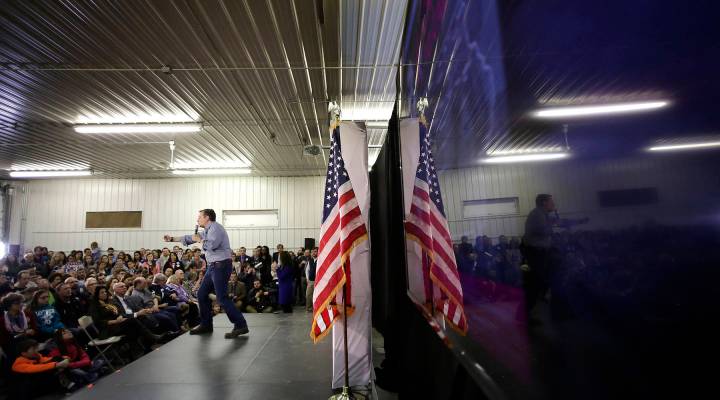 All the attention to the Iowa caucuses perhaps overshadowed the political money story of Monday —  the latest campaign fundraising numbers, filed by a January 31st deadline with the federal government.

The numbers are about what you’d expect if you’ve been following the campaign so far: Clinton and Sanders leading on the Democratic side, Rubio and Cruz for Republicans, with Donald Trump mostly using his own cash.

Just how much cash to keep on hand is a tricky balancing act for campaigns.

“It’s a bit like saving for retirement, right? You don’t know exactly when you should be spending money, you don’t know exactly how much you need to save, there’s a lot of uncertainty involved,” said David Primo, a scholar at Mercatus Center and a professor at University of Rochester.

For example, if you spend too much of your cash on one race, you might win one election but not have enough to keep going. But, according to Primo, “My sense is that a candidate doesn’t want to hold back on spending…if it could lead them to a defeat that’s going to change the tide of the campaign.”

In other words, if a campaign’s cash is getting low, they had better win soon or risk running out of gas.

“Candidates with the cash and with the expectation that they are going to stick around can use that money to plan ahead,” said Robert Boatright, who teaches political science at Clark University, pointing out candidates with enough money can ramp up their campaign in the next primary state while they are still competing in the one that’s in progress.

But there are quite a few candidates in this field who have very little cash on hand, very low poll numbers, but a whole lot of hope.

But as any presidential candidate — and Tupac Shakur — know, “Reality is wrong. Dreams are for real.“