Getting more low-income students into college has long been a focus of the Obama Administration. But a college acceptance is only half the equation. The other half: Getting those students across the finish line once they’re enrolled.  To that end, the administration is floating a plan to expand the Pell Grant program to give students a better shot at completing their education.

Only about 60 percent of students who enroll in bachelor’s degree programs graduate within six years. And, among those who do, many say getting a diploma took longer and cost more than they expected.

“Staying in school longer is expensive,” said Sandy Baum, a senior fellow at the Urban Institute. “You’re paying more tuition, and you take more time out of the labor force.”

Baum said there’s also evidence that the longer a student spend in school, the less likely he or she will finish. This is especially true for low-income students who may be trying to balance a job and family responsibilities along with their education.

And dropping out has other costs. Students who check out before getting a degree are more likely to default on their student debt.

The new Pell Grant proposals are aimed at getting more students to graduation day by getting them through their classes faster.

“For those who can afford to go full-time during the school year, this will help them complete faster,” said Pauline Abernathy, vice president of the Institute for College Access & Success.  The full-time requirement also will “reduce the cost of the program significantly,” said Abernathy. The program is expected to cost about $2 billion.

The Department of Education estimates the year-round funding, if it passes Congress, could benefit about 700,000 students — out of the more than eight million who receive Pell Grants.  Year-round Pell Grants have been available in the past, but in a different version than those proposed by the government. They were eliminated as part of federal budget cuts back in 2011.

But experts think there’s a chance that these newly proposed changes may have enough congressional support this budget cycle to stand a chance. 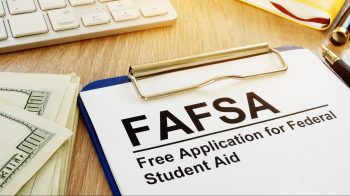