Perhaps the greatest on the record denial of anything ever by the FBI.

Martin Shkreli — the CEO of Turing Pharmaceuticals who bought the rights to a decades-old drug and overnight boosted the price 5,000 percent — was arrested Thursday morning on unrelated charges of securities fraud.

Shkreli is also the guy who bought the only copy of the latest album from Wu-Tang Clan — literally the only copy, for $2 million.

Rumors were flying all morning that the FBI had seized the album, leading to this tweet from the agency’s New York office:

#Breaking no seizure warrant at the arrest of Martin Shkreli today, which means we didn't seize the Wu-Tang Clan album.

It’s kinda too bad, because now we might never know. 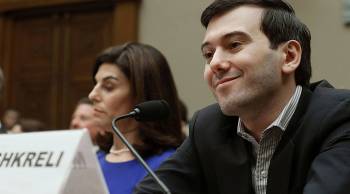 Martin Shkreli pleads the fifth, but blasts congress on Twitter