Why so many bosses are jerks

Why so many bosses are jerks

Think about all of the bosses you’ve had.  It’s a good bet that at least one of them has been a total jerk.

That may not be an accident.

Research suggests not only that some bosses are jerks but that many of them are bosses because they are jerks.

That is, being a jerk in one form or another can actually help you become a boss. Not a good boss necessarily, but a boss.

The concept of  ‘jerk’ is, of course, not particularly useful in academic research. But it is a rough proxy for any number of negative personality traits that have been studied. “If you look at these traits such as being Machiavellian, narcissistic, you will find that most of these traits have short-term advantages,” said Dr. Tomas Chamorro-Premuzic, CEO of Hogan Assessments, a consulting firm that helps companies develop talent.

“Some of these attributes help people get to positions of power and navigate their careers upwards, but at the same time they don’t really contribute to leadership effectiveness or management effectiveness,” he said. “Which is why you find so many bosses that are jerks.”

It’s not that hard to understand how this works.  Take narcissists: people who are super egocentric and usually insecure at the same time.

The result, writ large? “In a logical or rational world if you wanted to illustrate the relationship between talent and success for leadership, you could do it with only one circle in a Venn diagram, as opposed with two circles that are hardly overlapping, barely touching one another. But that is the case – you have lots of people who succeed in their personal careers,  but when they get fired they get hired quickly by another company as if they didn’t fail, and you have many people who have hidden talent, the potential to lead effectively but they are overlooked because they lack these toxic assets,” said Chamorro-Premuzic.

Being a narcissist – or in some cases a sociopath – also can be helpful in interviews.

“When you first meet a narcissist they tend to make a positive impression on you,” said Emily Grijalva,  assistant professor at the University at Buffalo School of Management.  Grijalva did a meta analysis of 18 studies involving 30,000 test subjects and found narcissism is positively associated with becoming a leader. “So if you were to meet someone narcissistic at a party you would probably think they were entertaining or attractive,” she said, adding that narcissists tend to be better dressed, have better posture, and be charming.  They also have a lot of “extremely toxic interpersonal characteristics such as being exploitative, manipulative, arrogant,” Grijalva said.

Some sociopaths can do this too — they can appear charismatic, creative, and give the impression they have great communication skills. They also turn out to have pretty bad job performance. Paul Babiak’s book, “Snakes in Suits,” profiles how some functional psychopaths can fake it till they make it up the corporate ladder through charm and guile. (There is not, Babiak pointed out, statistically significant evidence suggesting that psychopaths are overrepresented in Corporate America. But there is plenty of proof that if just one turns up at a firm’s door, it can cause havoc.)

Importantly, Grijalva said, when it comes to narcissists in particular, they’re going to portray themselves as being a leader.

“These people believe that they’re good,” said Jeanne Branthover, managing partner at Boyden Global Executive Search. Branthover has decades of experience in mulling over job applicants. She said confidence does not equal competence. “I mean these people are not really impostors,” she said. “When I interview people they really believe in themselves – whether someone is  an ego maniac, a narcissist, or just not a good person.  They truly have bought in to who they are.”

Branthover is quick to point out that she can spot the problem people, but it is precisely at the interview stage where it’s not always the narcissist or the sociopath or the jerk’s fault that they’re good at getting jobs as leaders. Part of the problem is us. Everybody else. Many people think – wrongly – that jerks make good leaders, and so even if we have an inkling that someone is a boorish maniacal brute, we’re somehow drawn in.

“Showing that kind of jerk behavior matches up to this bad idea that is embraced in the business world that the most effective leader is the hard-nosed driver,” said Fred Kiel, author of “The Return on Character,” and founder of KRW International, a firm that helps develop leadership inside companies. ” ‘So they’re a little rough on people!  At least they’re taking action, they’re action oriented!’ ” said Kiel. “It’s embedded in the wallpaper in business schools, it’s embedded in our psyches.”

Our nonscientific representation of how Dr. Tomas Chamorro-Premuzic (and probably a few other people) view leaders:

Fred Kiel makes the case that being a jerk (he doesn’t actually say jerk, he says leaders with “poor character”) costs a company money. “We did a deep dive in the lives of 84 CEOs,” he said. He didn’t look at narcissism, but rather measures of what he calls CEO character. “How you treat other people, that’s a reflection of your character.”

He came up with a framework of traits: telling the truth, keeping promises, owning up to your own mistakes, forgiving people who make well-intentioned mistakes. There were 25 of these in total. When he compared CEO scores (derived from rankings of the people around them), he found that “high-character leaders and their teams brought in nearly five times the return on assets to the bottom line as did the low-character CEOs, who we called the self-focused CEOs.”

“CEO behavior ultimately has a rather dramatic impact on organizations,” said Murray Barrick. head of the Center for Human Resource mangement at Texas A & M. CEOs with poor character often hire top managers that are like them, he said. They set the way things are done, people are treated, and it propagates. “There’s kind of a cumulative drain.”

An important caveat to the research conducted by Kiel’s firm: some jerk bosses aren’t really jerks. They just may not
realize how they’re coming off, or they have bad habits, said Kiel. “A habit is by definition something you’re unaware of showing, and once managers and CEOs can see that, they’re often horrified.”

So, he said, some people can change. Just hope your boss is one of them.

But before you go diagnosing your boss as a narcissist or sociopath, like the medical students who immediately diagnose in themselves all the illnesses they are studying, resist the temptation – well, resist it a little bit.

Emily Grijalva, the researcher at the University at Buffalo School of Management, found the relationship between leader jerkiness and leader effectiveness to be a little more subtle in the specific case of narcissists. After her analysis showing a positive relationship between narcissism and becoming a leader, she took a look at narcissism and leader performance. She looked at 26 studies with 5,000 participants. “I thought the relationship would be negative based on interpersonal deficits but it turned out the relationship was near zero. Not significant,” she said. Meaning, at first, it appeared that narcissists did just as good or bad as other leaders.

That didn’t capture the whole picture.

“I was using methods to explain linear relationships,” Grijalva said. It turns out the relationship isn’t linear. When she reexamined the data, she found “an inverted U shape.” Translation: the relationship between narcissism and leader effectiveness varies depending on the level of narcissism.

Our back-of-the-napkin representation of the connection between leadership ability and narcissism:

“So at very low levels of narcissism,” Grijalva said, “the idea is maybe these narcissists are insecure, hesitant leaders.” Such leaders may not be able to muster the confidence of followers that they are worthy of being followed and trusted. It’s here where arguments that narcissism may be a positive trait, seem to make sense.

There is ample research to support the idea that narcissism in moderation may be helpful.

Entrepreneurship has been associated with narcissism or key aspects of it like overconfidence. Much like Murray Barrick’s door-to-door salesman example, a certain amount of self-confidence is required to keep pushing a startup toward success, as entrepreneurs often do. And there may be situations where narcissist-led teams work well, or at least happily, together. It’s something CEO talent recruiter Jeanne Branthover has observed on occasion. “There are people,” she said, “that throughout lives are motivated through fear or motivated through having a tough parent who expected things out of you and this person becomes that role model for you. I’ve actually seen people who thrive more under that kind of boss.”

Some research supports the idea that narcissistic leaders may hire subordinates who like being subordinate, and who function well in a submissive role under an aggressive leader.

But after a point, narcissism will eat away at leadership performance. “If you get too much narcissism you will get to levels
of tyrannical arrogance that its distracting and no longer productive as a leader,” Branthrover said. The same narcissist-led team that appears harmonious may encourage a narcissist leader to become unmoored from reality with nobody to ground or criticize him or her, and reckless decision making can result.

Some research suggests that entrepreneurs – for whom narcissism may be a boon in the early years – can succumb to the trait after time. Narcissists tend to externalize causes of failure, so they are less receptive to learning from mistakes. ‘Don’t listen to the haters’ is useful, ‘don’t listen to constructive criticism about your choices’ is not, but for the narcissist they are often the same.

The unchallenged, perhaps unchallengeable, confidence of narcissistic entrepreneurs may lead them to make poor decisions about resource allocation and debt.

In the business world more broadly, researchers have often linked narcissism to a leader’s inclination to behave ineffectively and unethically, and it is strongly correlated with poor ratings by supervisors of managerial integrity and interpersonal effectiveness.

The character quiz: how you treat others
This quiz was developed by KRW International as an extension of their research on the workplace. To learn more visit www.krw-intl.com

The slightly uncomfortable picture that emerges is that narcissism – whose handmaidens are egomania, arrogance, and charm – may be useful in limited amounts.

Narcissism is neither wholly harmful nor wholly beneficial to leadership effectiveness, Grijalva argues, but rather it’s best in moderation. “People tend to be thinking of it as negative only. As humans we’re not very good about keeping in mind that people can have both positive and negative qualities at the same time,” she said. “It turns out that you need to believe you’re important and somewhat special in order to make other people believe that as well.”

Still, Morgan McCall, professor emeritus at the University of Southern California’s Marshall School of Business and author of “High Flyers, Developing the Next Generation of Leaders,” observes that “over time there does tend to be justice. People’s flaws eventually catch up them. Particularly those deeper on the jerk side.” People tolerate them, he said, “but as soon as they get into trouble, all this comes home to roost. As a colleague of mine said: friends come and go but enemies accumulate.” 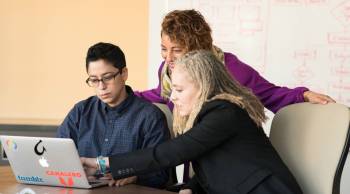