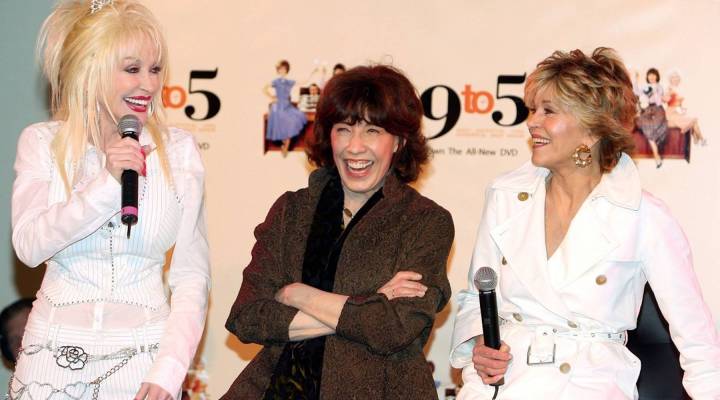 The movie is regarded as a classic of the genre, but it’s not the only incisive look at modern workplace culture. We wanted to find out: What are your favorite movies about workplace culture?

Plenty of you chose “Office Space,” but here were some other notable movies that you mentioned.

Many of you mentioned this office satire, which stars Dolly Parton, Lily Tomlin and Jane Fonda as three co-workers who scheme to overthrow their boss. The 1980 movie, which received both critical and box office acclaim, touched on themes of sexism, unequal pay and inflexible working hours.

In an interview in the early ’80s, Jane Fonda said she was inspired by an organization of female office workers called “Nine to Five” that an old friend of hers had started in Boston.

“I heard them talking about their work, and they had some great stories. And I’ve always been attracted to those 1940s films with three female stars,” she noted.

“Sorry to Bother You”

Boots Riley’s directorial debut follows an African-American man named Cassius “Cash” Green who gets a telemarketing gig at the company RegalView and succeeds by using a confident “white voice.” Meanwhile, his co-workers attempt to organize a union.

“When you get in and start watching the movie, you realize that it’s really a movie about kind of how race and class are connected in the workplace,” Jason L. Newton, a visiting assistant professor at Cornell University, explained when asked why this is one of his favorite workplace movies. “You can’t really talk about one without the other. And at the center of the movie, it’s really a struggle over unionization, or workers’ organization, and that’s something that really isn’t covered in popular culture as much. So it was nice to see that idea of what unions are about represented in this modern, artistic form. And also, a lot of movies that are about unions are typically kind of documentaries or movies about kind of old industrial workplaces, like GM factories or coal mines or something. But this one was … about call centers, and how and why worker organization might be necessary at a place like that.”

In this 2008 film, actor Jack Black plays a man named Jerry who accidentally erases all the tapes at a VHS rental store where his friend Mike (played by Mos Def) works. The two try to fix his mistake by recreating and filming their own versions of these movies, which include “Ghostbusters” and “The Lion King.”

“A business barely hanging on in a dying industry, a new product customers didn’t know they craved, passing the mantle of leadership to a new generation, and intimately connecting with the heart of their community. Beautiful and funny as hell,” Twitter user Mike Lynch told us. 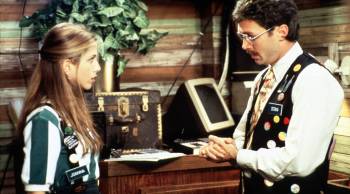