You know who will miss Jon Stewart? Publishers.

You know who will miss Jon Stewart? Publishers.

Save a spot atop the list of those grieving Jon Stewart’s exit from “The Daily Show” for book publicists — especially those who plug serious nonfiction.

“As a publicist, having someone on “The Daily Show” was a very, very big deal,” says Kathleen Schmidt, vice president of publicity and marketing for Running Press. “It was almost like the nerdy version of Oprah. But it sold a ton of books.”

Lengthy interviews with authors of serious nonfiction have been a surprisingly frequent feature on show. Just last week, Stewart had Doris Kearns Goodwin talking about her book on Lyndon Johnson and David McCullough on his biography of the Wright brothers.  Stewart called on unknown writers about unsexy topics like America’s transportation infrastructure.

And when he did, those books started selling. One key is the broad audience Stewart has assembled. Grandparents who watched “The Daily Show” will still see authors getting interviewed by Charlie Rose. Their grandkids, not so much.

“Right, and I love Charlie Rose,” Schmidt says with a laugh. “But you know, I’m also in a different age demographic.”

Daniel Okrent experienced the Jon Stewart effect first hand. His book “Last Call: The Rise and Fall of Prohibition” had been out for about three months when he went on “The Daily Show” to talk about it.

He knew that the book’s sales had already peaked. “The Amazon best-seller list is thing that you keep — if you have a book out — that you keep on re-loading,” he says. “You know, you get hypertrophied thumbs.”

Before the “Daily Show” appearance, he had fallen back to number 200. The next day, the Stewart Effect took over.

“I shot up to — I think it was 17,” he says. “And that includes everything from fiction, nonfiction, the Bible, Garfield. It doesn’t make any difference. I think among what I would call real books, I was number seven or eight.”

Jon Stewart wasn’t alone. When Stephen Colbert was on Comedy Central with Stewart, he also did a lot for writers. Colbert helped a book about quantum physics reach a huge audience.

Vancouver-based publicist Kate Trgovac found that interviews by Stewart and Colbert had led her to many of the books she read each year. She started blogs documenting the interviews — one for Stewart’s show, another for Colbert’s — with links to Amazon.

Colbert will be back on the air in the fall on CBS. “I’m waiting to see if he continues his literary trend on the new show,” she says.

If not, she’s not sure exactly where she’ll turn. “I don’t want to start watching Charlie Rose,” she says. 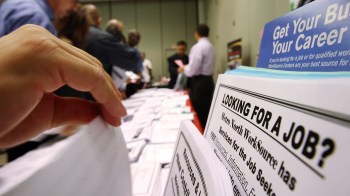 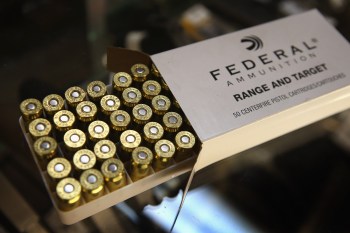