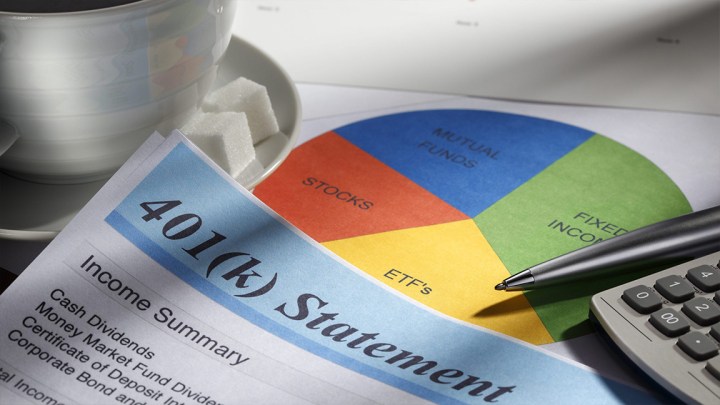 “Plenty of people would be surprised to learn the fossil fuel-free fund they’ve got their 401(k) in isn’t so fossil fuel-free,” writes Emily Stewart, a senior reporter at Vox.

Last year, assets under management using sustainable investing strategies in the United States reached $17.1 trillion. That’s according to a report out of the Forum for Sustainable and Responsible Investment, and the number is cited in Stewart’s article on the socially responsible investing trend.

That trend, also known as ESG investing, or investments that consider environmental, social and governance factors, is gaining public attention. But according to Stewart, people think they’re investing in ways that match their values, when in reality, often they aren’t.

“Marketplace” host Kai Ryssdal spoke with Stewart about what kind of investments might be in those funds and doing the work to find out.

Kai Ryssdal: So do me a favor, would ya, just so everybody knows what we’re talking about. Give me some real-life examples of ESG investing.

Emily Stewart: It’s things that you see, [like] fossil fuel-free funds, an [exchange-traded fund] that says that it’s environmentally friendly. Or if you care about, let’s say, gender equity, there are all sorts of investment products out there to kind of help you supposedly invest in a way that feels ethical and good to you, whether that be private prisons or guns or anything you kind of want to avoid or promote.

Ryssdal: That “supposedly” in your answer there’s doing a whole lot of work because the gist of this piece is all is not as it seems in the ESG investing world.

Stewart: Right. I think the way I kind of think about it is it feels easier than ever to invest ethically or to be told by marketers that you are. People want to feel like they are doing good with their money. The people who make investment funds have realized that this is what people want. And so they’re creating these products that often are not really delivering on what they say. We don’t really have a good definition from regulators of what ESG means, and so the BlackRocks and Vanguards or whoevers of the world can slap an ESG label onto an ETF or a mutual fund, charge a little bit more in fees and it’s not necessarily doing anything. They’re just kind of shuffling around shares sometimes, or they’re investing in fossil fuels maybe when they say that they’re not — just less.

Ryssdal: Is this something that the average layperson investor can figure out for themselves? Or do you have to, like, know what you’re looking for?

Ryssdal: Yes, fair. Totally fair. My hand is raised on that one. You mentioned slapping extra fees on it. There was a Bloomberg piece not too long ago that basically said most of these ESG investments are just glorified and kind of expensive, you know, S&P 500 index funds.

Stewart: Yeah, I mean, that is definitely a lot of it. And one person I talked to for this story is Tariq Fancy, who used to be at BlackRock dealing with their sustainability funds and saying, “Listen, I’ve been kind of behind the curtain and see what happens.” And basically, it’s that we shuffle some shares out of ETF X, we put it into ETF Y and we call ETF X ESG or environmentally friendly or whatever. But really nothing is actually that different. And obviously, he’s just one voice in this, but he’s definitely a person who’s been talking about this quite a bit lately.

Ryssdal: So what’s the answer, right? Because not everybody’s gonna plow through their mutual funds, the profit motive for the people running these funds is very high. Is this one of those where regulators have to come in and say, “Look, this is ESG and this is not. And now go forth and invest”?

Stewart: Yeah. I think that’s an important place to start, someone like the [Securities and Exchange Commission] coming in and saying, “Hey, here, this actually has a definition,” right? If I go to the grocery store, and I see something is “organic,” I assume that that means something, and ESG should mean something as well. But I do think more broadly, like, we’re not going to save the planet with our 401(k)s, full stop. And so we also just need broader government regulation on issues like climate.

Ryssdal: Are you one of those who goes through your 401(k) and figures it out?

Ryssdal: If you and I aren’t doing it, then what, what hope is there, right?

Ryssdal: Emily Stewart, she’s a senior reporter at Vox writing, most recently, on ESG. Emily, thanks a lot. Appreciate your time.