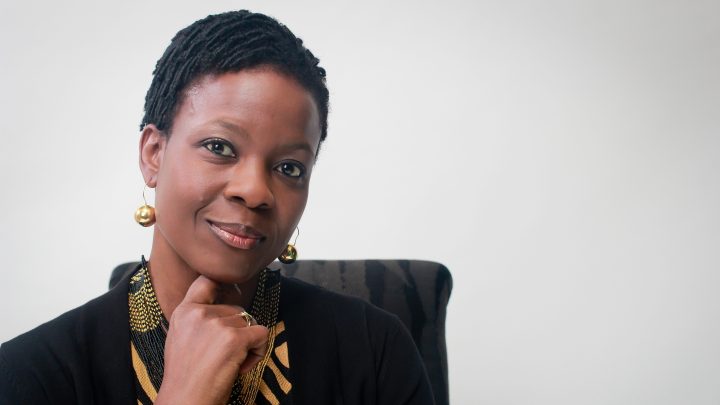 According to the newest jobs report, over 11% of Black women were unemployed in September, compared to just around 8% of the general population. Last year, Black women earned 62 cents on the dollar compared to white men. The economic racism and sexism that Black women face are reflected in the rate of marriage for Black women. More than 70% of Black women are unmarried, according to the 2010 census. Among those reasons: centuries of laws and customs denying Black people the right to marry, welfare policies and the prison-industrial complex.

“Marketplace” host Kai Ryssdal spoke with Dianne M. Stewart, a professor of religion and African American studies at Emory University, about her new book “Black Women, Black Love: America’s War on African-American Marriage,” and what wealth has to do with Black marriage in this country. Click the audio player above to hear the interview. The following is an excerpt from the book.

[T]he fathers of Murielle’s two daughters were incarcerated, and although she ultimately severed romantic and marital ties with both of them, she was determined to keep the lines of communication open between her daughters and their daddies. The weight of financing the phone calls from two inmates, however, demanded that she compromise. When her ex-husband called, she had to pay ten dollars if her daughter spoke with him for ten minutes, basically a dollar per minute. That was money she just didn’t have lying around, and so Murielle insisted that her ex-husband use cost-effective means of communication with his daughter:

With Christelle’s father I had to put my foot down, and I told him that he couldn’t call for awhile, because it became too expensive for me. And I told him. . . . “I understand that you want to talk to her, but you know, you’re gonna have to find another way of doing it. Call Christelle just to say hello and how-you-doing and then pick up the pen and write her. You know, she can write. She has very good penmanship. She’s gonna have to start writing you, because it becomes so expensive, and the cost become [sic] so enormous that it takes away other things that you could be doing with your money.” . . . I said, “I’m not trying to be mean. I’m not trying to be the B-I-T-C-H in this, but I have to look out for my well-being and my children’s well-being because I’m the only source of income they have.

Murielle’s predicament illustrates how Black women’s incomes drive the flow of capital required to sustain relationships with incarcerated Black men. During the 1990s, collect phone calls—the only calls prisoners could make—entailed both collect-call fees at long-distance rates and a surcharge for each call placed, yielding revenue of up to $15,000 per year for each installed phone in a prison facility. While Murielle placed a serious limit on the amount she would give to filling the coffers of private predatory phone companies, Asha regularly paid monthly phone bills of $500 and $600. In some months, her bill even reached the $800 range. Knowing that Rashid was not at liberty to call her when he wished, Asha was forced to take expensive cab rides and cancel appointments to make sure that she was home on time to receive her husband’s planned collect call.

Current prison reform activism at the state and national levels has advanced steps to outlaw predatory policies requiring prisoners and their families to pay exorbitant fees for collect calls. Among recent failed and ongoing efforts was the bipartisan 2018 Inmate Calling Technical Corrections Act, introduced by Senator Tammy Duckworth (D-IL) at the 115th Congress on March 8, 2018. The bill would have prohibited decades-old telecommunications policies in all carceral facilities nationwide, if only it had not stalled in Congress. Despite the setback of the federal bill, a small ray of hope is on the horizon within the Connecticut General Assembly, which is on the precipice of passing an act that will “provide cost-free telecommunications services for incarcerated persons.” Connecticut inmates pay some of the most expensive rates for collect calls in the nation, and the state’s $7.7 million profits from collect calls alone during 2018 paint a clear picture of how ruthless the corporate entities behind such avaricious schemes actually are. Undoubtedly, many will follow the outcomes of these critical efforts in ensuing years. However, extensive reforms are needed elsewhere to topple the PIC’s stranglehold on Black families, not to mention Black love and marriage—after all, prisoners and their wives need more nourishment than words alone to maintain healthy and balanced lives. They need and deserve the sensual pleasures of life, eating together, shared vulnerabilities, romantic intimacy, and a therapeutic environment that rehabilitates and celebrates small victories, whatever they may be. 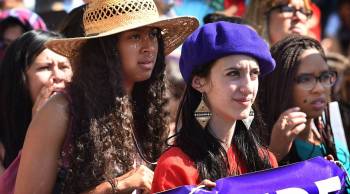 Race and EconomyShelf Life
Tags in this Story
Share this Story