How some health insurers ended up as nonprofits

How some health insurers ended up as nonprofits

Blue Shield of California was stripped of its tax-exempt status by the California Franchise Tax Board in 2014. Now, the Los Angeles Times has reported on an audit of the huge nonprofit California health insurer that was used in part as the basis for denying tax-exempt status. Blue Shield is contesting the decision; having to pay state taxes back to 2009 could cost the company more than $100 million.

In a June 2014 letter to the company, tax board officials wrote that “Blue Shield is not operating exclusively for the promotion of civic betterment or social welfare,” according to the Times. And part of the reason was Blue Shield’s massive cash reserves, which had swollen to more than $4 billion by last year. Consumer advocates have criticized the company, saying it should use those amassed profits to provide more free or reduced-cost health care to needy Californians. The company says it already caps profits and provides abundant charity to Californians, and that some of the accumulated cash is earmarked for a major acquisition to expand its business into the Medicaid area.

Michael Sparer, chair of health policy and management at Columbia University’s Mailman School of Public Health, explains the characterizes nonprofit health insurers: “They’re mission-driven, they’re going to be reinvesting any surplus they have. They’re not going to be sharing surpluses with shareholders or looking to make a large profit.”

Back in the Depression, when these statewide nonprofit health insurance plans were starting up, they achieved their social welfare mission in part by the practice of “community rating,” that is, setting the same health insurance premiums for everyone in a given geographical area, regardless of health status or other demographic characteristics, like age or gender.

But Tom Baker, of the University of Pennsylvania Law School, says being nonprofit didn’t mean being a charity and operating solely for the benefit of insured policyholders.

“They’ve never been that kind of warm and friendly, small mutual-type health insurance,” Baker says. “They were set up as nonprofits as a way of justifying their monopoly power, making doctors more comfortable with the idea that they might be deciding whether to pay for things or not.”

In the current health insurance environment, nonprofits, for-profits and mutual insurers (owned by the policyholders) face financial volatility, public policy uncertainty and rapid change in business conditions. A wave of corporate consolidation is afoot, says Steve Zaharuk, senior vice president at Moody’s Investors Service, as insurers try to increase profits while reducing administrative and provider costs. He says nonprofits like Blue Shield of California may have to merge and acquire as well to increase and broaden their footprint, compete for more contracts with doctors and hospitals, and streamline operations.

Jill Horwitz at UCLA School of Law says nonprofits like Blue Shield of California seem to be hoarding cash for business reasons that don’t necessarily violate their nonprofit mission.

“I would have been more concerned if we saw a lot of spending on atriums and big bonuses and offices and things like that,” she says. “But what we’re seeing is cash in the bank being held, and that doesn’t strike me, on its face, as such a bad thing.”

Those cash surpluses might be used to buy other health care companies, keep premiums on an even keel and have reserves for a rainy day.

Correction: An earlier version of this story incorrectly said Blue Shield of California lost its nonprofit status. Its tax-exempt status was stripped. 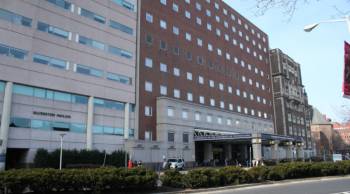