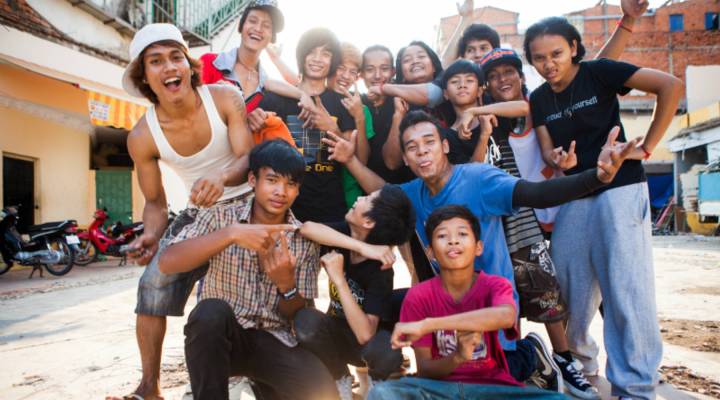 Although hip hop culture has made its way through much of the world, there are still some places where you wouldn’t expect hip hop music to flourish, and countries like Colombia, Yemen, Cambodia and Uganda, might not come to mind when discussing the art of breakdance.

But those places are where journalist-turned-filmmaker Adam Sjöberg found some very talented young dancers. He made a documentary called Shake the Dust that chronicles the influence of hip hop music and breakdancing in slums and ghettos all around the world.

“It’s interesting because hip hop, as a genre, as a culture, I found often really connected with people in these poor communities,” says Sjöberg. “Not necessarily in urban communities, but really all over the globe and even in some very remote rural areas that I went to. Hip hop connected with these people because I think it (especially breakdancing) gave them a feeling that they can transcend their circumstances, that they had a language to talk about what they had been through.”

The documentary is executive produced by rapper Nasir “Nas” Jones.

A dancer from “Shake the Dust” in Uganda. (Courtesy of Bond/360)

“He got on board a couple of years into this project because we were able to get a trailer in front of him and he saw that we were trying to tell a side of this history, to continue telling the oral tradition history of this genre which is unfolding before our eyes,” says Sjöberg.

Shake the Dust is currently available to rent or buy on Vimeo on Demand and iTunes.