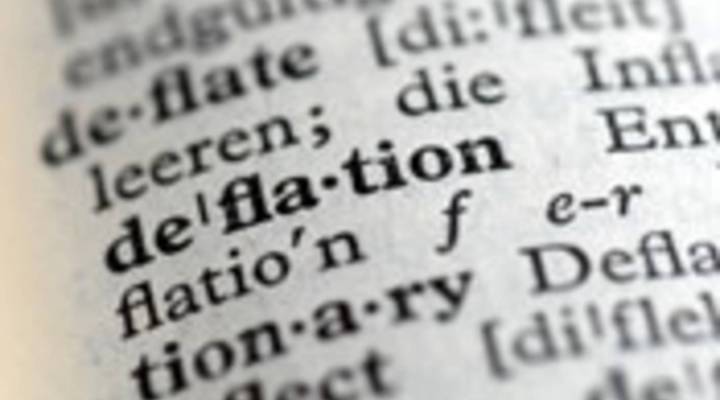 Explaining deflation: Why falling prices can be bad news

Explaining deflation: Why falling prices can be bad news

It must be hard enough for European financial leaders to sleep through the night lately, chances are they’ve been haunted by the particular specter of deflation. To see how deflation can terrorize an economy, they only have to look southwards a few miles to Greece, where prices have been falling for coming on two years now.

So what if prices have to fall? Isn’t that a good thing? Stuff gets cheaper and that means people can buy more of it, right?

Well, yes, that is right … at first. If prices fall a wee bit, it can be stimulative to the economy because people often do shop more, and spend the money they save. But falling prices are a bit like cliff jumps: A small drop can be fun, but if the cliff is too high and you fall too far too quickly, you crash.

If people think prices will keep falling, they stop buying. Why buy something at a 10 percent discount if it’ll be 20 percent off next week? And 50 percent off in a month? If people stop buying, inventories build up and retailers stop ordering from manufacturers who have to slow down production and lay people off. Then, those jobless folks stop shopping, and the sight of rising unemployment numbers immediately makes people more conservative, which means they shop less. And if people stop buying … can you see the negative spiral?

The next thing that happens is people who do have cash start hoarding it. And not in banks — they don’t trust the banks to not fail — so they keep their money at home. Now, money isn’t making its way through the system at all, it’s not being spent in stores and it’s not being lent by banks. Companies can’t grow, and the economy stalls out.

But the spiral doesn’t stop, deflation keeps gnawing the heart out of the economy, hollowing it out to the point of collapse.