President Barack Obama is in Silicon Valley Friday for a summit on cybersecurity.

He’s trying to get more cooperation from tech companies in responding to massive data breaches. But some key players aren’t showing up.

The CEOs of Google, Yahoo and Facebook are skipping the summit. They’re sending their information security executives to the summit instead. Only Apple’s Tim Cook will be there.

Some analysts say the big tech dogs are staying away because of tensions between the White House and Silicon Valley.

“Most of it comes from the fact that the government wants to have their hands into everything,” says tech analyst Jeff Kagan. “They want to control everything.”

He says specifically, the feds wants backdoor keys to software. The government says it needs the keys to, say, prevent a terrorist attack.

“I think the government wants to have a hands on approach, and that’s something that  would be a death knell to the growth curve that we’ve seen over the last few decades. And that’s the struggle,” he says.

Kagan says it’s a matter of balance. President Obama is proposing a framework companies could use to share information during a major data breach, like we just saw at the insurer, Anthem. He thinks that could help.

The CEOs of American Express, Master Card, Visa and Walgreens are expected at Friday’s summit. 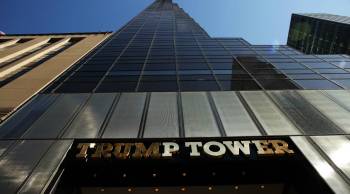