The British burned down the White House 200 years ago yesterday.

It was a big moment in the War of 1812, which you know all too well if you listen to public radio regularly.

The British Embassy marked the anniversary yesterday. While “celebrated” wouldn’t be the right word… there was cake! A big cake in the shape of the White House.

And, this being 2014 and all, the British Embassy even tweeted a picture of it:

Commemorating the 200th anniversary of burning the White House. Only sparklers this time! pic.twitter.com/QIDBQTBmmL

Plenty of people seemed to take umbrage at that including a spokesperson for the State Department.

The special relationship, she tweeted back, is #ItsComplicated.

Commemorating 200 years of peace between the US & UK pic.twitter.com/5fEKRKxBFU 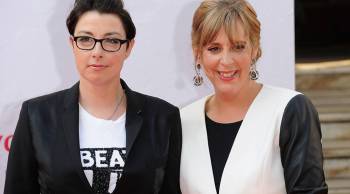