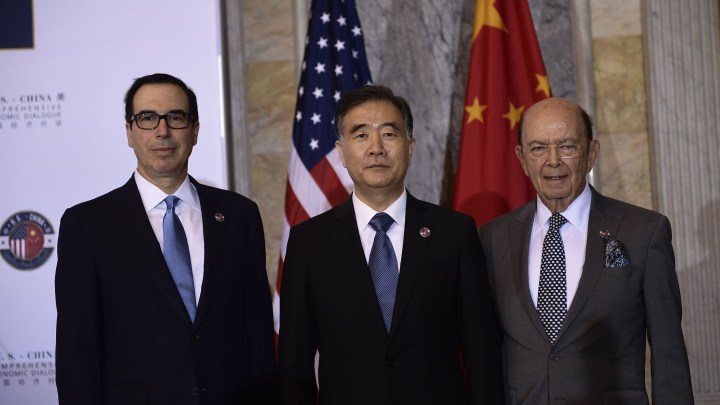 Last week, White House economic adviser Larry Kudlow said he didn’t expect any “grand deal” to come out of the talks, but that negotiations were ready to move forward.

James Green, the top trade official at the U.S. Embassy in Beijing until earlier this year, said U.S. negotiators need to realize that China’s consumers are now buying much more Chinese stuff than even five or 10 years ago. He says there are plenty of other destinations for Chinese goods.

“I think there’s a miscalculation on some in the U.S. that look at China’s trade-weighted GDP and say: ‘Oh, China’s desperate for an agreement.’ I don’t see the macro situation quite that way,” said Green.