SoundCloud, which has been dubbed “the YouTube for audio,” is going to start putting ads into its content stream. The question is how will the 175 million users who are used to an ad-free service respond?

Roger Entner, an analyst at Recon Analytics, said SoundCloud is putting a clever marketing spin on its advertising announcement.

SoundCloud has implied “that the money that they’re getting from advertising is for altruistic reasons.”

He said SoundCloud didn’t punch the “we need to pay our bills” angle. Instead, SoundCloud said the “majority” of the advertising money will go to the musician. That logic is working on James Peck, a musician who goes by the name of Memorecks on SoundCloud.

“I think it’s going to be a good thing for the content creators,” Peck said.

But he added, SoundCloud must be  respectful of the indie music community that helped build up the site. The fear is that with money to be made, big music labels will put more music on SoundCloud.

“So when labels start to come, what starts to happen is SoundCloud wants to make more money,” he said. It “offers them advertising opportunities like being pushed to the top of the page.”

As Peck said, the big labels often bring in a different crowd.

“You know you’ll have more of your 13-year-old female demographic coming in there,” he said.

Peck doesn’t hold anything against 13-year-old girls but he said, they could sorta kill the indie vibe. 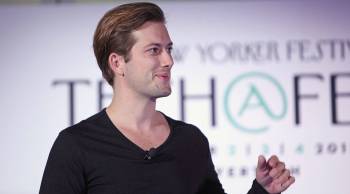