Have you always dreamed of running through the storied Los Angeles Memorial Coliseum tunnel onto the field in front of 70,000+ roaring fans before a University of Southern California football game? Up until now, you usually had to play or coach for the team to have this “once in a lifetime experience,” as the school calls it.

Today, you can do it for $1,500, if you’re a USC season-ticket holder. If that’s too pricey, consider the pre-game locker room tour for $1,000, or a pre-game photo with the “World Famous” USC Song Girls for $750. (Added bonus: The money is considered a donation, so it’s tax-deductible, but that’s a different story.)

USC recently started selling these experiences and more for its upcoming season, but at least one former player says they commoditize something that shouldn’t have a price tag.

“It does feel a little weird to me to put a price on running out of the tunnel to play a football game, which we were told as players constantly was a very earned and special right,” said Petros Papadakis — who captained the USC football team in 1999 and 2000 — on Fox Sports Radio’s Petros and Money Show. “It’s USC football. It’s supposed to be honorable to be in that locker room. I didn’t think you could put a price on that.”

Craig Kelly, an assistant athletic director at USC, says what donors get to do won’t match the specialness of actually playing on the team.

“Putting on the pads, the walk through the tunnel, coming out of the locker room, the meetings that they have and the speech before the game… all that’s included in what Petros is referring to and what we’re offering isn’t that,” Kelly said.

Kelly says lots of schools lavish perks on donors, which is true. That’s how the game is played — the most generous boosters get the ear of the athletic director, get to travel with the team and get the very best seats.

At the University of Alabama, you can put your name on the coach’s office, for $1 million. What makes USC’s approach unusual is they’ve gone mass-market, according to Josh Rebholz, UCLA’s senior associate athletic director for external relations.

“We do offer some of these experiences, but we really believe that many of them — like running out of the tunnel with the team and being on field pre-game — are pretty sacred assets, and so we try to limit who we offer them [to], and really, we try to only offer them to highest and most generous donors that we have,” Rebholz said.

In other words, these prized assets are so sacred that they can only be sold for lots of money.

If you want to run out on the field at the Rose Bowl with the Bruins and join them in the locker room after the game, you’ll have to write a half-million dollar check to UCLA.

So here’s the lesson, USC: It’s not that you’re commoditizing college football. Schools have been doing that for a long time. 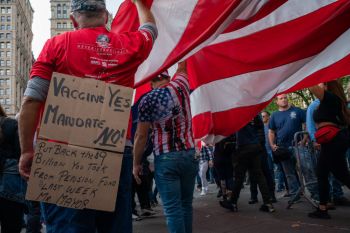