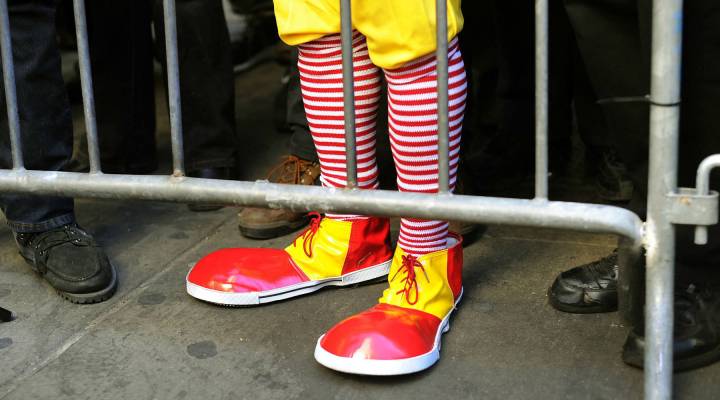 How the McDonald’s ruling impacts the franchise industry

COPY
The National Labor Relations Board ruled McDonald's could be held "jointly liable" for labor and wage violations made by its franchise owners. Timothy A. Clary/AFP/Getty Images

How the McDonald’s ruling impacts the franchise industry

The National Labor Relations Board ruled McDonald's could be held "jointly liable" for labor and wage violations made by its franchise owners. Timothy A. Clary/AFP/Getty Images
Listen Now

The general counsel of the National Labor Relations Board (NLRB) has handed down a decision that could have implications for the millions of Americans who work for franchises.

After investigating claims that some McDonald’s restaurants broke labor laws by firing or penalizing workers who took part in pro-labor activities, the NLRB’s general counsel said if the owner of a McDonald’s fast food franchise commits a labor violation, the McDonald’s corporation can be held jointly liable for the franchisee’s bad behavior.

For now, the decision affects only the McDonald’s corporation and McDonald’s franchises. There are 3,000 other brands with franchise operations in the U.S., employing 8.5 million people across a range of industries, according to the International Franchise Association (IFA).

The IFA’s Matthew Haller says the decision could destroy the franchise industry. Franchises may bear the names of big companies, he said, but they are owned and run like small businesses.

“They set the wages, they hire and fire the employees, determine the appropriate benefits for employees and are responsible for all decisions that take place at the employee level,” Haller said.

The NLRB’s general counsel said the McDonald’s Corporation exercises enough control over how franchises are run to make it a co-employer of the people who work for franchises.

“They do exercise quite a bit of control over their franchisees in order to protect their brand,” said Wilma Liebman, a former chair of the NLRB who has been advising the SEIU, a union that is working to organize fast-food workers.

What McDonald’s Corp. controls and what it doesn’t is laid out in the terms of its franchise agreement. So even though other franchisees in other industries are watching the decision closely, it’s not yet clear how this will affect other companies. McDonald’s said in a statement that it plans to contest the NLRB’s decision.