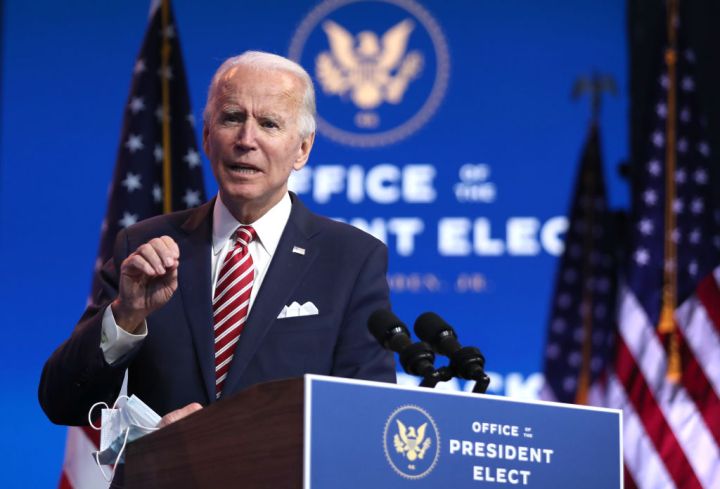 COPY
President-elect Joe Biden delivers remarks about the U.S. economy during a press briefing at The Queen theater on Nov. 16, 2020 in Wilmington, Del. Joe Raedle/Getty Images

Under the Trump administration, those constituencies have seen regulations and decisions aimed at raising wages and boosting workers’ rights rolled back.

Now, the pendulum’s likely to swing back under Biden.

The Trump administration scraped away at Obama-era rules that made more workers eligible for overtime and other benefits, and it made union efforts harder to win.

It also issued new rules making it easier for companies to classify workers as independent contractors.

“We fully expect that the Biden administration will work aggressively to rebalance the power, making it easier for people to form unions and collectively bargain,” said Judy Conti of the progressive National Employment Law Project.

During the pandemic, workers in essential industries like nursing and food-processing have complained, and in some cases walked off the job, over high workplace infection rates.

Under Trump, the Occupational Safety and Health Administration has only suggested safety guidelines for employers. Labor attorney Michael Rubin at Altshuler Berzon said he expects Biden’s OSHA will issue a standard with enforcement teeth right away.

“That would focus on all the issues — the PPEs, the respiratory protections, specific workplace rules to ensure safety, hazard assessments — to make sure that essential workers remain alive and uninfected,” he said.

The Trump Labor Department also loosened what’s known as the “joint employer” rule, which determines who’s really the boss when a large corporation uses a staffing firm, or a fast-food chain has franchises.

Labor studies professor Gordon Lafer at the University of Oregon expects Biden’s Labor Department to tighten the rule again. That would make it easier for workers to sue the parent companies, say when a franchise violates labor laws. And to unionize low-wage industries including fast food.

“You can say, ‘we’re going to organize all of the McDonald’s or all the fast-food outlets in metro Portland.’ That’s something that you need a joint-employer legal recognition to be able to do. Then you can organize all those people at one time without having to go through a million different little local elections,” Lafer said.

Lafer added that the Biden administration will be able to raise some workers’ wages by executive action, for federal contractors and subcontractors, for instance. But raising the federal minimum wage — which has been at $7.25 an hour since 2009 — would take an act of Congress.