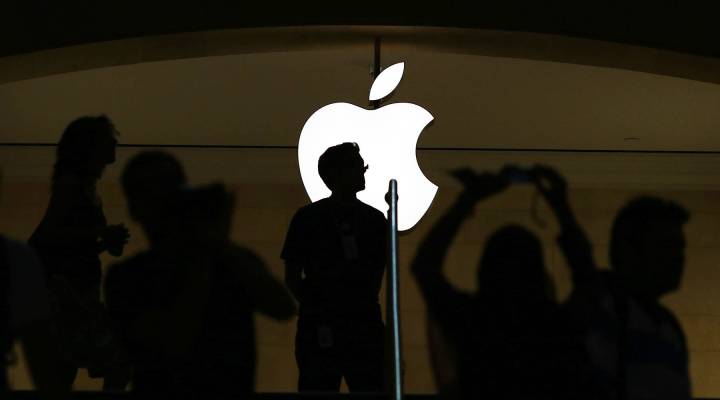 What’s in a number?

What’s in a number?

We’re taking Marketplace on the road this week, heading to Washington, DC for a live show on Thursday night. The title of the show is “How I Learned to Stop Worrying and Love the Numbers”.  Which can be quite difficult, sometimes, as numbers can lead you seriously astray.

For example, I’m looking forward to tech earnings this week, and specifically  to results released by Apple (Wednesday) and Microsoft (Thursday). Lately a lot of people have been debating whether Apple is a “value” stock, or a “growth” stock.  Growth stocks are usually the shares of young companies, and investors buy them in the hope that they grow very quickly and the investor can make pots of money by selling into the stratospheric gains. Value stocks, on the other hand, tend to be associated with more mature companies. These shares grow slowly but steadily and often pay dividends: they are a long term play, while growth stocks are often a short term buy.

So which is Apple? Well, it’s a bit confusing, really. You see, from 30 thousand feet, Apple looks a lot like a value stock. It was started 38 years ago, and it went public in 1980, eight years before Microsoft. It’s huge: at $453 billion, it’s the biggest tech company in the US. It generates more revenue than any other US tech company. And it’s been paying dividends to shareholders since 1988. Big, mature, dividend-paying and safe, it looks like the epitome of a value play.

But that’s at 30,000 feet. Get a little closer to Apple, and a different picture emerges. Yes, it’s still the biggest and most profitable tech company in the US, but you could argue that Apple really only became Apple as we know it today in 1997, when Steve Jobs rejoined the firm.

Apple 2.0’s stock trajectory makes it look like a growth company, too. Most companies go through a growth spurt, during which their stock price surges – this is what attracts investors wanted to make a little fast money, of course –after which companies often settle into a nice steady pace of slower growth. In other words, they transition from growth to value. But it’s hard to know whether Apple has done that. Microsoft’s growth spurt peaked in 2000, a full fourteen years ago, and people still argue about whether it’s a value stock or a growth play. Apple’s growth spurt peaked in 2012, just two years ago.

It goes to show that often it’s not the numbers that tell the story: it’s the numbers within the numbers. And that’s something we’ll be talking about a lot on Thursday night. Hope to see you there.