There’s a good chance that, while you’re reading this, you’re “under the influence of a drug.” And “it’s completely legal, it’s completely socially acceptable, most Americans take this drug daily, even most adolescents take the drug daily, in smaller doses,” says Murray Carpenter, author of  “Caffeinated: How Our Daily Habit Helps, Hurts, and Hooks us.”

The drug is, of course, caffeine. It’s most often associated with coffee, but you can find caffeine in tea, soda pop, chocolate, and, of course, energy drinks.

From the coffee counter in back, to walls lined with coolers full of sodas, to the five-hour energy shots crammed near the cash register, “Corner stores are monuments to our lust for caffeine,” says Carpenter.

The soft drink industry is a $70 billion industry  and Carpenter estimates that coffee is another $30 billion.

And that’s because the effect caffeine has on us isn’t too different from nicotine. We reach for a daily cup of coffee or can of soda because we’re addicted.

“I think that they consistently downplay the importance of caffeine in their products, in terms of how appealing it makes the products to the consumer.”

While the Food and Drug Administration is investigating the effects of caffeine — and the trend of adding caffeine to foods not normally associated with caffeine (like gum) — even Carpenter says he still reaches for a daily up of caffeinated coffee: “I’m not crazy about decaf.” 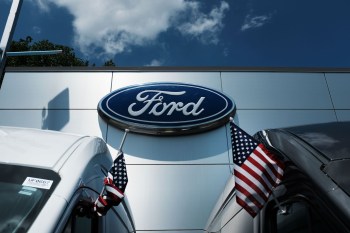