Can Amazon succeed as an online grocer?

Can Amazon succeed as an online grocer?

Amazon, long the purveyor of practically everything from all-season tires for cars to Disney’s Frozen Sparkle Princess Elsa Doll, is trying to close the retail gap by selling groceries.

Its service is dubbed AmazonFresh. Fresh produce, organic raspberries, free-range eggs and 192 listings for ice cream is what’s for sale. But raspberries can get squashed, eggs can break and ice cream can melt.

So can Amazon succeed where others have failed?

“The question is, why would anyone in their right mind be doing this?” says Scott Galloway, a professor of marketing at New York University’s Stern School of Business. “There’s the carcass of multibillion-dollar companies on the side of the road here.”

You don’t need to look farther back than 2001 and the failures of Webvan and Kozmo. But Galloway notes, even taking into account the threat of failure, the draw for companies to get into the grocery game is hard to resist.

That’s something FreshDirect figured out a while ago. It’s rare to find a brick and mortar grocery store with a shopping app – one that lets consumers fill their cars and get their food delivered. Newcomers are moving in to let consumers buy their cake and have it delivered too. There’s the app-based Instacart and hybrids, like Boxed.com, which delivers bulk, non-perishable items. Even Uber is selling lunch and Staples carries soda. Google has a new service too – Google Express, which offers same-day delivery.

When asked about the range of products available via Google Express, Mike Pezzicola, market manager in New York, noted that Scope mouthwash is sold along with breakfast snacks and “post-breakfast needs, such as toothbrushes and toothpaste.”

For now, Pezzicola says, Google delivers only nonperishable items. “Everyone wants milk delivered with their cookies. And we’re not quite there yet. We have nothing to announce today, but we’re still working on it,” he says. Google is delivering a new kind of cookie to consumers, the ones whipped up with sugar, butter and chocolate chips – not lines of code.

The company has an online mall where consumers can shop at stores like Target, Fairway and Barnes and Noble. But Laurie Demeritt, CEO of the Hartman Group, a research and consulting firm for the food and beverage industry, says she has big questions about the future of online shopping for fresh groceries. “There is still something about being able to see that fruit,” she says. “To see those cuts of meat. To be able to pick your prepared foods by yourself.”

Instead, the types of products people want delivered are commodity goods, says Demeritt, the kind that are the same “no matter where you buy them. So it would be a branded box of cereal. A branded can of beans. Things where consumers don’t necessarily think that different retailers are going to have different products.”

But a lot of companies, like Amazon, want all your business. “Amazon isn’t looking to be the leader in a certain sector of retail,” Galloway says. “They’re looking to own retail full stop.”

When it comes to groceries, consumers may have a different focus – to be able to shop without paying extra for delivery. 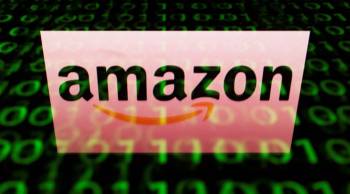 This is why Amazon Web Services is growing so much