PODCAST: Plenty to do in the New Year

PODCAST: Plenty to do in the New Year

Stock markets are closed around the world for the holiday. The Dow Jones Industrial Average in 2013 rose 29 point 65 percent. The biggest rise in 18 years. Have a cup of tea or coffee, it’ll all be fine.

As you finish up your online holiday shopping, you might run into a CAPTCHA or two. Those are the blurry visual tests that websites use to make sure you’re a human and not, say, a computer program trolling for credit card numbers. Google, which owns the most popular CAPTCHA service, announced recently they’ve made their tests a little easier to decipher. But that’s not silencing critics who surf the web with their ears.

And, lawmakers are still on recess. Members of the House and Senate don’t return to Washington until next week. When they do get back to DC, there’s one thing they won’t have to deal with for the first time in long time: the budget. The thinking goes, that’ll give them the opportunity to deal with other issues. 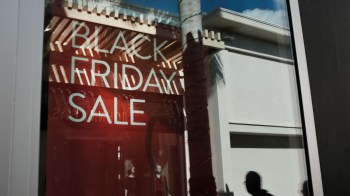 Where are the shopping deals this year?