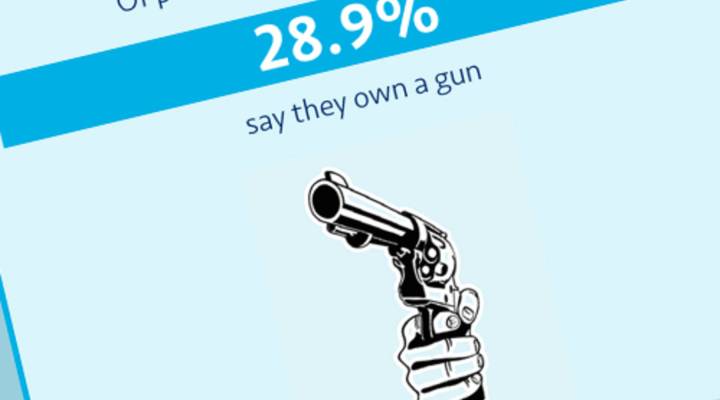 Behind the Data: Gun ownership and income

Behind the Data: Gun ownership and income

We used data from the General Social Survey to compile this data set. Income as defined by the GSS was family income (the incomes of all those related and living in a household), before tax and government transfer.

In order to ensure a large enough sample for the data set, the income and gun ownership data was compiled from the years 2008-2012.

The original phrasing of the question on guns, as asked by the GSS, was: “Do you happen to have in your home (or garage) any guns or revolvers?” Respondents could answer yes, no or no response. The amount of people who answered “no response” was stastically small and thus not included in our project.