Four days after the social-media network tweeted that it registered to list its shares on a stock exchange, we’re no smarter about the company. Twitter didn’t tell us when it filed with the Securities and Exchange Commission. It didn’t tell us if it is profitable. It didn’t tell us how it plans to grow.

In fact, the only thing we learned about Twitter is that its annual sales are less than $1 billion.

That’s the cap for companies going public under a 2012 law that lets them keep financial and executive-pay information under wraps until closer to trading day. So, don’t blame the 140-character limit for Twitter’s lack of detail. It’s just following the law.

The law is the Jumpstart Our Business Startups (JOBS) Act. As the name suggests, the goal is to create jobs by making it easier for small companies to tap financial markets so they can grow faster – and hire more employees.

Under the JOBS Act, a company can file its IPO registration confidentially, allowing the SEC review to take place without public scrutiny. The IPO document, including disclosure of any changes demanded by the SEC, is released later in the process, at least 21 days before investment bankers start marketing a company’s shares to investors.

More than 250 companies have filed for IPOs under the “regulation-light” JOBS Act. The SEC says it doesn’t track how many complete the process and go public. Some quietly withdraw.

The JOBS Act was designed for so-called “emerging growth companies,” a phrase that conjures up images of scrappy young firms. Yet the vast majority of companies that offer shares to the public qualify as based on sales of less than $1 billion.

“The ostensible purpose was for young entrepreneurs to go public, but fewer small tech companies have gone public since the JOBS Act was passed,” says Jay Ritter, a University of Florida finance professor who tracks IPOs.

You might be surprised at some of emerging-growth “start-ups” that have taken advantage of the JOBS Act. Here are five:

Manchester United: Unlikely to generate American jobs and hardly a start-up, the British soccer team was founded in 1878. Its American owners took it public on the New York Stock Exchange in August 2012, raising about $234 million, mostly to pay off debt rather than expand. The IPO share price was $14. On September 13, MANU closed at $17.18, a 23 percent gain in 13 months.

Fairway Group: Also not a newbie, founded in 1933, but this venerable New York-based grocery chain went public to grow. Its share price jumped 33 percent the day it began trading on the Nasdaq last April. As of September 13, it had gained 72 percent.

PennyMac Financial Services: Founded by former Countrywide Financial President Stanford Kurland and other Countrywide executives, this residential mortgage lender raised about $200 million on the New York Stock Exchange in May. But its share price has risen less than 5 percent.

Intercept Pharmaceuticals:The New York-based developer of treatments for chronic liver disease was 10 years old when it went public on the Nasdaq in October 2012. Since then, Intercept’s losses have mounted as it invests, but its share price has more than tripled. The company had 25 employees as of March.

Marin Software: The San Francisco company manages cloud-based digital advertising systems. It filed a confidential IPO registration and later disclosed several amendments requested by the SEC. Its revenue is growing quickly, but the seven-year-old software firm is still in the red. So is Marin’s stock. Since its IPO on the New York Stock Exchange in March, its shares have fallen 14 percent. 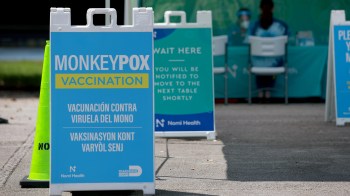