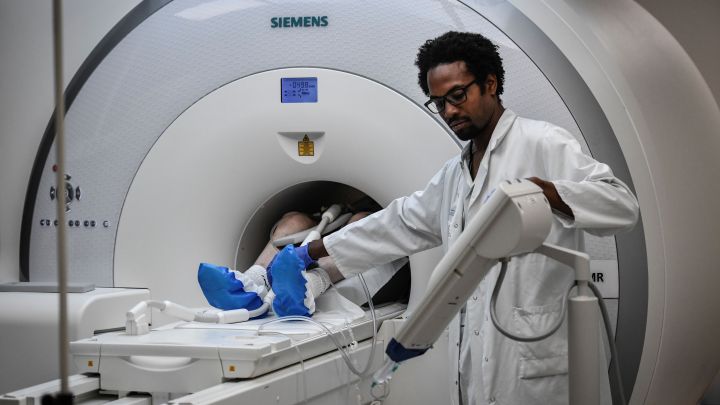 COPY
Under the new law, nobody will have to pay more than 8.5% of their income on health insurance. Stephane De Sakutin/AFP via Getty Images

Under the new law, nobody will have to pay more than 8.5% of their income on health insurance. Stephane De Sakutin/AFP via Getty Images
Listen Now

President Joe Biden signed the $1.9 trillion COVID relief bill into law Thursday, a day earlier than expected. Packaged into what he is calling the American Rescue Plan are some fairly significant changes to the Affordable Care Act that experts say will affect health care for millions of people now, and could lead to even more far-reaching transformation in the future.

One of those who will be helped is Emilly Stuart-Clark of California. She has to get an MRI every year to keep tabs on her brain tumor, so she really needs health insurance. Under this relief law, her premiums would be cut by nearly 80%, which, she said, “would help exponentially. I’m, like, a single mom. I don’t make an exorbitant amount of money.”

There are millions like Stuart-Clark who stand to benefit, according to Sabrina Corlette at Georgetown University.

“This is really the biggest expansion of health insurance coverage since the ACA was passed 10 years ago,” she said.

First and foremost, it increases subsidies for people buying private health insurance. And lots of people who didn’t qualify for subsidies before will now.

“Not only for lower income folks who will see big relief, but also people who don’t qualify for those tax credits if you’re moderate or high income,” Corlette said.

In addition, under the new law, nobody will have to pay more than 8.5% of their income on health insurance.

“Probably about three-quarters of uninsured people in the U.S. who are citizens are going to be eligible for some sort of financial help,” said Cynthia Cox, a vice president at the Kaiser Family Foundation.

It also means that people can get better coverage.

“The complaint for a lot of people has always been they were scared of that monthly payment, and they were forced into plans that didn’t cover as much as they needed because they cost less,” said Caitlin Donovan with the National Patient Advocate Foundation.

The government will also pick up 100% of COBRA premiums through September. COBRA is health insurance for people who’ve lost their jobs.

The price tag for all the new health insurance subsidies is an estimated $34 billion. The catch is that these new subsidies end in two years, not long after the midterm election.

If you want to see what your new premiums might be and what financial assistance could be available, this Kaiser Family Foundation calculator will give you an estimate.