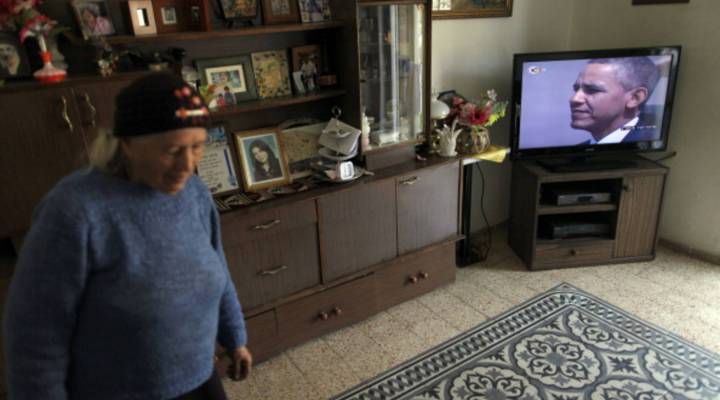 What’s a TV appearance worth?

What’s a TV appearance worth?

President Obama is doing his best to be must-see TV. Tonight, he’ll make his case for an attack on Syria in interviews with six different news anchors. And tomorrow, the president will address the nation during primetime.

“The best way to reach the largest number of people is by going on television,” he says.

Nightly news viewership is smaller than it once was, but ABC, CBS, NBC and Fox still get a combined five million viewers a night.

And that time doesn’t come cheap. As a candidate, Obama would have had to pay as much as $100,000 a minute for an ad during those shows. That means tonight’s six interviews could be worth millions of dollars.

Carroll expects more people will tune in to the news to see the president, something that will please advertisers as much as the White House.

“It’s a very direct way of making your point in as intimate a setting as you can and still reach everyone that you’re trying to reach,” Carroll says.

“The advantage of going on these news programs before giving a speech is to soften up the battlefield,” he says.

Tonight, Obama can be relaxed and down to earth. In his White House speech tomorrow, he is likely to appear forceful and presidential.

Obama’s reach will be broader than viewers who watch him live, predicts Kenneth Rogoff, a professor of public policy and economics at Harvard. He says the broadcasts will reach older viewers, while younger Americans will go online to watch highlights.

“Young people today look at YouTube videos way ahead of New York Times articles, I’m afraid, so it’s the medium where you get the most impact, especially with the younger audience,” he says.

Obama’s not the only leader turning to TV to gain public support. Syrian President Bashar al-Assad will also appear tonight on CBS and PBS.