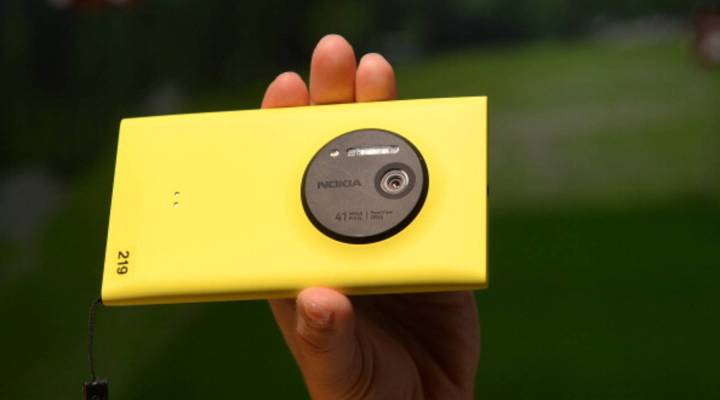 COPY
A employee demonstrates the photo capabilities of the Nokia Lumia 1020, a Windows Phone with a 41-megapixel camera after its unveiling in New York City July 11, 2013. TIMOTHY CLARY/AFP/Getty Images

A employee demonstrates the photo capabilities of the Nokia Lumia 1020, a Windows Phone with a 41-megapixel camera after its unveiling in New York City July 11, 2013. TIMOTHY CLARY/AFP/Getty Images
Listen Now

Microsoft announced today that it has reached an agreement to buy Nokia’s phone business and patents for $7.2 billion. The software giant has been trying, with limited success, to become a relevant player in mobile age by selling some of the hardware, too. Analysts say, despite the deal, Microsoft will likely continue to struggle against competitors Apple and Samsung. Though, for Microsoft, in the short-term, that may be enough.

“Absolutely they are trying for third best,” said Richard Windsor, the founder of RadioFreeMobile.com. “But the critical point is that third best is plenty good enough. The mobile smartphone market is huge and there are still plenty of rewards to be won.”

Many of those “rewards” might be found in the developing world, where, for years, Nokia phones dominated the market.

“[Nokia] has been the strongest brand in many countries from China to India to Southeast Asia,” said Carolina Milanesi, an analyst at the technology research firm, Gartner.

Skeptics  point out that Microsoft and Nokia have been partnered for three years — without much success. But industry watchers say Microsoft’s purchase may, in fact, eliminate some of the barriers to advancement. If the partnership ends,  so too does the need to consult Nokia as Microsoft forges ahead with its mobile strategy.

“Now it’s all under one roof,” said Rob Sanfilippo of research firm Directions on Microsoft. “There’ll be probably one main manager that will have the power and the control to make final decisions in the best interests of Microsoft.”