Sound familiar? Boarding airplanes is meant to be an orderly affair, but passengers who are anxious about finding space for their carry-ons don’t always wait their turn.

“Try to push the small and the weak out of the way. That’s usually a good strategy,” jokes Suraj Gupta, at a boarding gate at Newark Liberty International Airport.

He and Lindsay Sage are traveling to Seattle, and when they fly, they make a point of getting as close to the front of the boarding area as possible.

“Well, if you’ve got the roller boards you need to get on first. Otherwise, they’re going to take them from you,” says Sage. But she adds, “We’re not unethical like some people who come on and they’re in row 33 and they put their roller board above seat 2 I mean, that’s just mean.”

The airline industry has a name for passengers who crowd the boarding area before their group is called: Gate Lice. Sage says if that’s the case, everyone at Newark airport is a louse.

“I feel like I’m becoming like my old Indian parents,” says Gupta. “I’m at the front of the line. I have to be there first. When you’re younger you’re just like, that’s weird. Who are those people with so much anxiety to get on board? Dentures next,” he says.

But some passengers, like Miriam Everette and her husband Fred, a couple of a certain age, prefer to delay the inevitable as long as possible.

“I do actually, I prefer getting on last, or near last,” says Everette, waiting to fly home to California. “I don’t see the advantage. Everyone always seems like they’re in such a hurry.”

Fred, in particular, had a lot to say about the boarding process beginning with the technical challenges of checking in.

“How does an old person get through this, right? What if you can’t use a computer? How do you get on a plane?” he says.

As passengers search for a perfect boarding strategy, the airlines already have theirs: Buy a first class seat or pay a fee to board early. 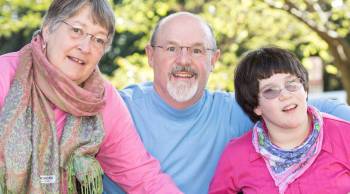