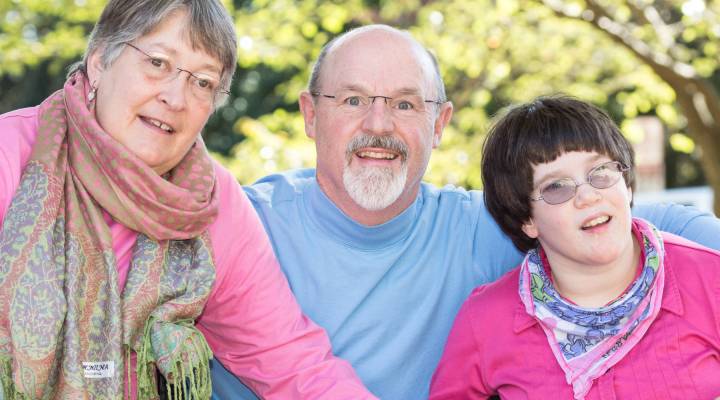 Healthcare is on the minds of a lot of Americans right now, in Congress and out. Margaret Enos lives outside of Philadelphia, Pennsylvania with her family. Enos’s daughter, now 22, was diagnosed with Cerebral Palsy and taking care of her has been a full-time job for the past two decades. Margaret Enos told her story for an installment of our series “My Economy.”

In 1994, we had a baby daughter. We found out when she was about six months old that she had a stroke, so that caused her to have cerebral palsy.

We were two teachers working at a boarding school, living in the dorm and supervising kids in exchange for housing. I mean the great thing — and the hard thing — about boarding school is you really have to love high school kids and live with them 24/7. And so, we went from two people doing that to one person doing that.

My full-time job got to be taking care of [my daughter] and you’re giving up a job to do something that you’re not getting paid for, but there’s no alternative. In our case, there was a parents’ group, there was a social worker, there were people to explain stuff along the way when the kid was young.

The thing that would make it easiest now is similar help going into the adult world, because now she’s 22. 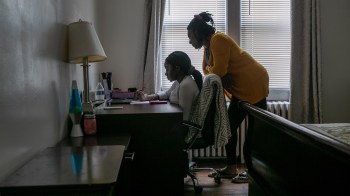