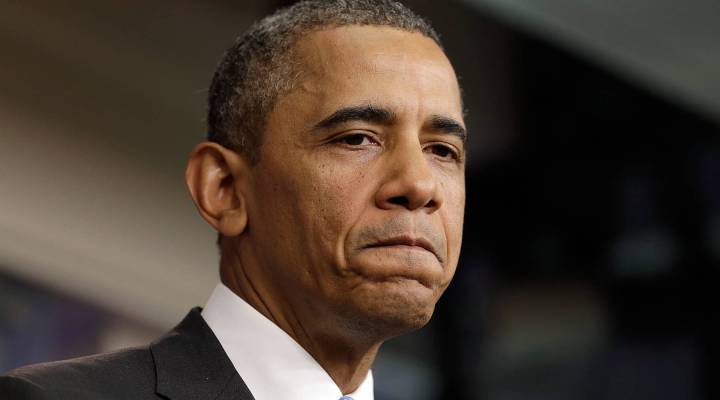 “Respectability tax” is a term we invented. It refers to the extra lengths that some African-Americans, and other people of color go to, in order to telegraph that they are middle-class, successful, and respectable. Historians say the notion of “racial respectability” took root in U.S. culture after slavery ended.

“African-Americans were trying to figure out: how do we live up to the promise of America?” said Celeste Watkins-Hayes, a sociologist from Northwestern University. “How do we make sure that we have the economic, the educational, the political and the social rights that we supposedly have now?”

It has persisted until today, says Lester Spence, a political scientist from Johns Hopkins University, because African-Americans are still trying to live up to that promise.

When we asked the question — on social media — whether people of color feel they pay a “respectability tax,” a lot of our listeners answered in the affirmative. They came from across the economic spectrum. Kelli White, an African-American high-school teacher from Saginaw, Mich., who grew up with Marketplace Wealth & Poverty producer John Ketchum, said her mother always warned her to look professional when speaking to potential employers — even when she was in high school and simply stopping by a business to pick up a job application. Her mom would say, “People are already going to look at you and say, ‘Okay, she’s black. Let’s find something else wrong with her.'”

“You’ve already got one strike against you, so you don’t go out of the house putting a second strike on yourself,” White said. For her, that means making sure her clothing is always neat and pressed.

JoAnn Holmes is an attorney and an executive at a beverage company. She is “probably in the top two percent of black income earners in the United States,” and travels, with her teenage daughter to places like Tokyo, Hawaii and Vail, Colo. Often, she says, they are the only African-Americans present.

Laura Warren, who is Native American, told us on Facebook that she feels pressure to keep her yard looking nice, because she and her African-American husband are among the only people of color on their block. Richard Garcia, who is Hispanic, overheard a comment made by a nurse right after his son was born. She asked another nurse whether Garcia and his wife needed a translator. Since then, Garcia, whose first language is English, has felt compelled to be the most articulate person in the room. And Shauna Stuart’s mom told her on her first day of college that she shouldn’t play hip-hop music in the dorm or people would get the wrong idea about her.

President Obama commented to the press today that “35 years ago, Trayvon Martin could have been me.” And he said that as a younger man, he was followed in department stores, saw people locking their car doors when he approached, or clutching their purses tighter when he stood next to them in an elevator. It’s impossible to know how President Obama might respond to a question about whether he feels he’s had to pay a respectability tax, but take a look at the comments from our listeners and you might get some idea. Tweet us @MarketplaceAPM or tell people about your “respectability tax” at our Facebook page.