Can co-ops remake America’s economy from the ground up?

Can co-ops remake America’s economy from the ground up?

Federal Reserve policymakers have generally relied on tweaking interest rates as a strategy for jump staring the economy. But in a country where wages adjusted for inflation have been stuck in place for almost a decade, some scholars think the economy needs a more aggressive overhaul.

Gar Alperovitz is a political economist and historian. His new book, called “What Then Must We Do: Straight Talk About the Next American Revolution”, details systemic changes for the economy. He says co-ops are key to the nation’s recovery.

“Most people don’t realize that changing the ownership of wealth means one person, one vote — that’s what a co-op is. 130 million Americans are already members of co-ops. They are all over the country and people just don’t notice them,” he says. “It’s a different, very American, down-home way to begin looking at democratizing ownership, starting at the bottom and working up from the grassroots.”

To hear our full interview with Alperovitz, click on the audio player above. 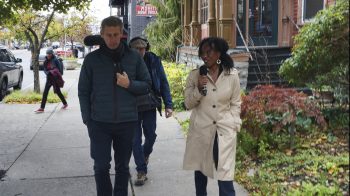