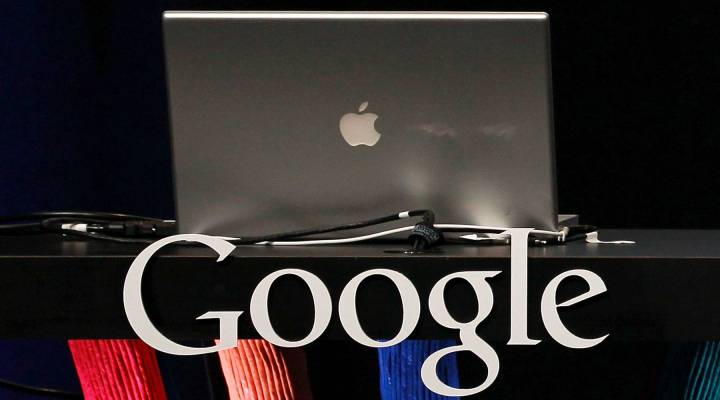 You may be surprised at who is a ‘patent troll’

COPY
An Apple laptop sits in a podium with the Google logo during a Google special event on September 8, 2010 in San Francisco, Calif. Justin Sullivan/Getty Images

You may be surprised at who is a ‘patent troll’

An Apple laptop sits in a podium with the Google logo during a Google special event on September 8, 2010 in San Francisco, Calif. Justin Sullivan/Getty Images
Listen Now

Today, the White House unveiled executive actions President Obama plans to take against so-called “patent trolls.” Patent trolls are companies that amass large numbers of patents — mostly broad software patents — with the sole purpose of using them to sue other companies.  There’s concern they tie businesses up in legal fees and are bad for innovation and competition. A study from Boston University found that patent trolls cost U.S. businesses $29 billion in 2011.

Those legal fees and settlements can cripple small businesses, says Betsy Bishop, president of the Vermont Chamber of Commerce. The state just passed a law that makes it harder to file frivolous patent lawsuits.

“The one things that all the studies point to and all the numbers point to is that it’s a significant problem and it’s becoming a significant financial challenge to businesses,” she says.

But regulating trollish behavior is tricky, because some of the most active patent collectors have very familiar faces, says Robert Stoll, a patent lawyer and former commissioner for patents.

“It’s really tough to tell exactly what a patent troll is, because there are many major U.S. companies that do not exercise all of their patents and assert those patents against other companies,” he says.

“The big company wants to make the little guy worth less so they can buy them up, gobble them up and make them go away,” he says. “So, yeah, they use them to control competitive advantages quite a bit.”

Still, Lyon says, it’s hard to call companies like Yahoo and Google patent trolls, even if they do engage in some seemingly trollish behavior.

“They’re doing that to protect their core business, they’re not doing it to just find a quick buck,” he says.

In fact, patent suits cost the big guys plenty. Patent wars, like the one between Apple and Samsung over smart-phone technology, can run into the hundreds of millions of dollars.