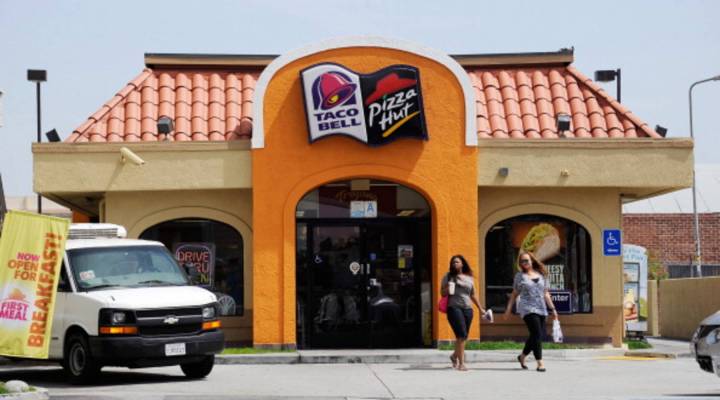 When an ad isn’t enough, brands create their own content

COPY
Customers walk out of a Taco Bell and Pizza Hut restaurant during lunchtime on April 19, 2012 in Los Angeles, California. Kevork Djansezian/Getty Images

When an ad isn’t enough, brands create their own content

Consumer brands advertise heavily on television, and their ad budgets will be up for grabs next week when TV networks debut fall programs at the upfronts. But as more people tune in online, many marketers are finding that ads alone aren’t enough.

This summer, there will be an online music documentary about indie bands Wildcat! Wildcat! and Passion Pit. The documentary will incorporate tweets and other social media messages posted during the bands’ performances at the South by Southwest music festival.

The movie’s producer is none other than Taco Bell. Juliet Corsinita, the senior director of media and brand partnerships at Taco Bell, recently said that the documentary was the right way to reach Taco Bell’s audience.

“In addition to being fans of our brand, they also love sports, music and pop culture,” she said.

But why exactly is Taco Bell producing movies?

“Many brands have started to wake up and realize that they have nothing to feed them and it’s a bit like throwing a dinner party without a menu,” he says.

In other words, brands can’t just attach an ad to a TV show or a website, they have to create their own content: YouTube videos, Facebook promotions, behind-the-scenes photos on Instagram. That’s a big job and a big opportunity, says William Ward, professor of social media at the S.I. Newhouse School of Public Communications at Syracuse University.

“Now we’ve got the technology and channels that allow them to go directly to the customers,” he explains. “One of the top viewed YouTube videos from last year was the Red Bull outer space jump.“

Taco Bell also has a YouTube channel, which it feeds all the time, but especially for big events. When it launched its Doritos Locos Taco, the company posted dozens of short videos on its YouTube channel in a matter of days.

“We created more content in four weeks than we had in all of 2012,” says Amy Kavanaugh, vice president of public affairs and engagement at Taco Bell.

The online content included videos in which Taco Bell fans, culled from Twitter feeds and other social media, were filmed receiving free Doritos Locos Tacos. In one, the lucky star, Joey, offers up this favorable response: “I would, like, marry Taco Bell.”