PODCAST: Behind the reporting of our special investigation on ‘raiteros’

PODCAST: Behind the reporting of our special investigation on ‘raiteros’

In this special podcast, we go behind the scenes with ProPublica’s Michael Grabell and Marketplace’s Jeff Tyler to hear the backstory of their reporting in Chicago’s Little Village, the largest Mexican community in the Midwest.  In Little Village, a network of so-called “raiteros” find and hire immigrants, many undocumented, but often charge those workers fees that push their pay below minimum wage.

Marketplace and ProPublica’s joint investigation, Taken for a Ride: Temp Agencies and ‘Raiteros’ in Immigrant Chicago, examines how some of America’s best known companies are benefitting from this underworld of labor brokers.

FEATURE: Going for a ride with Chicago’s ‘raiteros’
In Chicago some of America’s best-known companies and largest temp agencies benefit from an underworld of labor brokers, known as “raiteros.” Those raiteros charge workers fees, pushing their pay below minimum wage. Marketplace’s Jeff Tyler Reports. Read more

“The biggest surprise was seeing the big well-known brand-name companies that were benefiting from this system,” Grabell says in our 15-minute podcast interview. “We heard workers going to Ty Inc., the people who make Beanie Baby stuffed animals. We saw people going to work and cut vegetables for Fresh Express. We heard from workers who said they were packing products with labels for Frito Lay, Sony, on behalf WalMart.”

“These are big-name companies,” he added. “This wasn’t fly-by-night temp agencies. It wasn’t your small, mom-and-pop factory that was doing this. These are the companies that really represent the American economy.”

ProPublica and Marketplace contacted all of the companies identified in the investigation. None responded with comments.

On the challenges of finding sources for the story

After dozens of interviews and months of reporting, ProPublica approached Marketplace to help tell the story on the radio.

“I got involved in this story when ProPublica and Michael came to us and asked to collaborate with us,” Tyler says. “Michael had already done a ton of research.”

But telling the story on radio came with some unexpected challenges in Chicago, he says.

“For one thing, people get a lot more shy when they see a big microphone come out and a lot of people got skittish,” Tyler says. “So even though I had lined up some interviews with people that Michael had already spoken to, a lot of those folks decided that they didn’t want to do another interview with a radio reporter.”

“I ended up working with a local person from the Chicago Workers Collaborative, and we went out in the Little Village neighborhood … and we just went up and down the street asking everybody that we saw ‘hey have you ever worked with these guys, do you know anybody who has and would like to speak with us’ and we found a number of good sources that way.”

To hear more from Grabell and Tyler about their interviews and reporting on the ground in Chicago, click to listen.

Read the investigative report from ProPublica’s Michael Grabell, and explore more features and background from his reporting on ProPublica.org. Read more from this investigation. 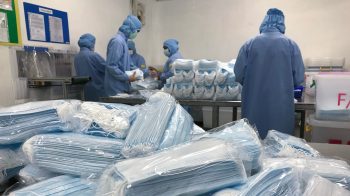 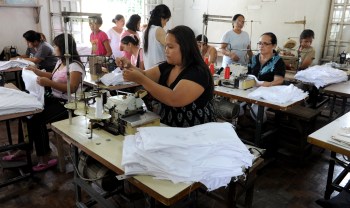