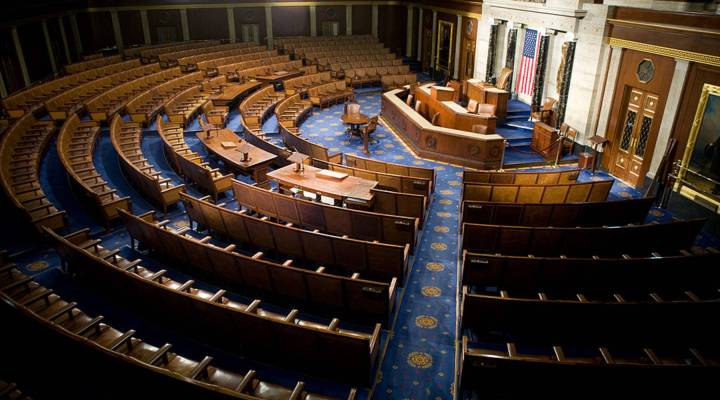 This summer, the House of Representatives passed a bill, primarily supported by Democrats, to raise the federal minimum wage from the current $7.25 per hour to $15 per hour by 2025. The Republican-controlled Senate is not likely to take up the bill, named the Raise the Wage Act, before the 2020 election.

The House’s bill would also, for the first time, extend minimum wage protection to millions of workers who have long been excluded from coverage. Under the current law (the Fair Labor Standards Act, which dates to 1938), employers can pay subminimum wages to young workers while they’re in training, to tipped workers and to some workers with disabilities.

Cheryl Bates-Harris at the National Disability Rights Network said that nationwide, there are more than half a million disabled people working at approximately 2,500 “sheltered work sites” certified by the Labor Department under a program called 14(c).

The federal minimum wage doesn’t apply to these jobs. Instead, each worker is given a productivity test in which their work performance is measured against that of a worker without disabilities in order to determine their rate of pay. Bates-Harris said this often leads to workers with disabilities “making pennies an hour, despite the fact that the work they’re doing is profiting larger businesses.”

Under the bill passed by the House, those subminimum wages would be phased out by 2025 and all disabled workers would earn at least the standard minimum wage.

Fifty-nine-year-old Mike Sacomano already does. He works at Happy Cup in Portland, Oregon, a small business that roasts and markets small-batch coffee while also providing employment opportunities for adults with disabilities.

Sacomano has worked at sheltered work sites in the past, making less than minimum wage. At Happy Cup, he said recently during his daily morning shift, “I package coffee, I do garbage and I sweep.” He works part time and earns the local minimum wage of $12.50 an hour, which works out to “$300 every month. I make the big bucks,” he said.

Skeptics of eliminating subminimum wages for disabled people, including some agencies that run sheltered work sites, worry that unemployment among disabled workers would soar if employers had to pay competitive wages.

And Bates-Harris said family members of people with disabilities are worried about the proposed change as well.

“The largest pushback is actually coming from parents. They’re so used to their sons and their daughters being protected and sheltered, they’re fearful of what’s going to happen to them.”

After the Great Recession, when competition for jobs was intense, unemployment for people with disabilities spiked to 16.9%. It’s since fallen to around 8%, according to the Bureau of Labor Statistics.

Rachel Bloom owns Happy Cup as well as Full Life, a nearby facility that provides government-funded daily activities and employment support to disabled adults in Portland. She said that with the job market so tight right now, “a lot of employers are taking more risk with people with disabilities. This is a good time to think about everybody just making minimum wage. I think it’s the fairest approach.”