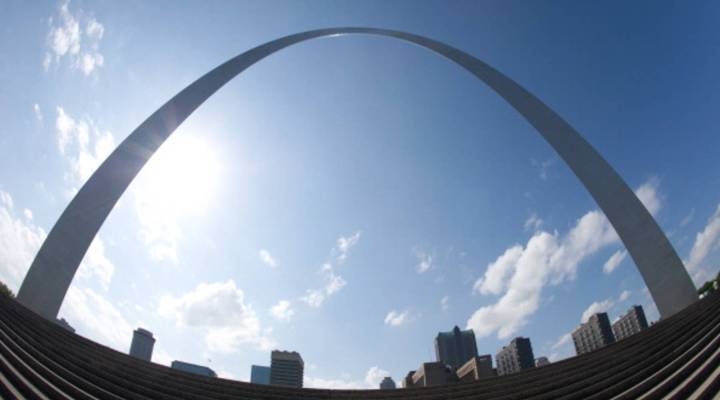 “Give me your tired, your poor, your huddled masses,” reads a plaque at the base of the Statue of Liberty, but these days we might want to add “your rich and well-heeled.” The U.S. government has been issuing a growing number of so-called EB-5 visas, which grant residency to immigrants who invest at least half a million dollars in the U.S. and create or save no less than 10 jobs.

Meet EB-5 visa holder Runhao Zeng, who goes by Philip. Zeng is a finance major at UCLA and one of about 1,500 foreign nationals who got an EB-5 visa in 2011.

He got the visa because his dad, a wealthy Chinese businessman in the precious metals industry, was able to plunk down a $500,000 investment in Brooklyn’s new Barclay’s Center, home of the Brooklyn Nets.

“In an investment there is always risk, but that risk is pretty minimum because we know that the Nets have been a pretty good team,” Zeng says.

The catch is that in exchange for visas, the Zengs’ investment must satisfy a government review that it created or saved 10 American jobs.

Recipients are mostly businessmen and entrepreneurs. Zeng says those are exactly the kind of people the United States needs to revive its tepid economy.

“From an American point of view, I think it’s a good policy, because think about it, you have to put $500,000 away for five years,” says Zeng. “I mean your family has to be in really good standing in society.”

“Well, the first concern is that we shouldn’t be selling U.S. citizenship, because that’s what we’re doing, secondly, if we are going to sell U.S. citizenship let’s at least charge more for it,” says Mark Krirkorian, the director of the Center for Immigration Studies, a DC think tank which favors tighter immigration controls. “That’s ridiculous. I mean, that’s banana republic level of policy.”

Krirkorian says if we are going to be selling green cards, the cost should more like $10 million, and it should go directly to the treasury, not developers.

But cities across the country don’t necessarily see it that way. Over the past couple years publicly funded economic development offices have opened in communities specifically to attract foreign investment to local projects…and the carrot?

“The visa is everything, the visa is the carrot,” says Tim Nowak, head of the Gateway to the Midwest Investment Center, which opened this week in St. Louis.

Nowak says the EB-5 program has filled the void left behind by tighter lending standards at banks. On top of that, the interest rates paid to EB-5 investors is often much lower than what banks charge.

“So, the project wins because it’s cheaper money, and the investor wins because their ultimate return is their permanent residency here in the United States.”

Since it was established 20 years ago, federal officials say, the EB-5 program has attracted $2.2 billion in investment, but that’s less than one percent of the total pool of direct foreign investment in the U.S. today.