Viral outbreak! The CDC has an app for that

Viral outbreak! The CDC has an app for that

The Centers for Disease Control, the CDC, has has some success with social media and mobile applications. Its latest app offers three virus outbreak scenarios to solve.

The first? “Birthday Party Gone Bad,” in which five children who attended a birthday get admitted to a local hospital with severe diarrhea. So CDC’s team of Epidemic Intelligence Service officers, known as disease detectives, is called in to help investigate.

The disease detectives are real, and the app is based on real cases they have solved. It’s a far cry from blockbuster video games or movies like Outbreak or Pandemic, and yet the agency does aim to capitalize on the inherent drama when disease spreads.

“People are still trying to find what that sort of sweet spot is,” says Dr. Stephen Morse, a professor of epidemiology at Columbia University, “where you can have those teachable moments without obviously overdramatizing it.”

He says some CDC “fun” projects, like a zombie-themed campaign in 2011, felt too far removed from the center’s mission. But Morse sees the new app as a useful educational tool.

“It is actually instructing,” he says. “People think, ‘Well there’s no teacher when you use a game.’  But there is a teacher: the game designer.”

In this case, the game designer is a group of scientists leading you along the same trail of clues they followed. Was it the ice cream at that fateful birthday party? Or the swimming pool? Now that’s problem solving. 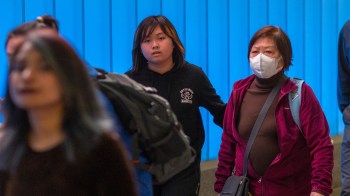