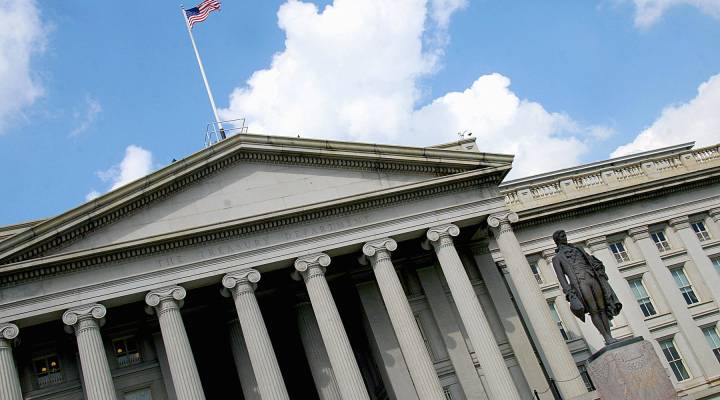 What is the debt ceiling? An explainer

The Treasury Department says there's only so much it can do before we hit that ceiling again. But predicting exactly when that will happen is difficult. KAREN BLEIER/AFP/Getty Images
Marketplace Whiteboard®

What is the debt ceiling? An explainer

The Treasury Department says there's only so much it can do before we hit that ceiling again. But predicting exactly when that will happen is difficult. KAREN BLEIER/AFP/Getty Images

The debt ceiling — or the debt limit, as the Treasury calls it — is, quite simply, the amount of money that the government is legally allowed to borrow.

The arm of the government that makes those payments is the Treasury. It uses the money that the government collects in taxes to pay most of the bills. And if it hasn’t got enough money, then it borrows some more to make up the difference. Again, like an American would do with a credit card.

But the Treasury’s only allowed to borrow up to a certain amount. And it’s credit limit — the debt ceiling — is decided by Congress. If it needs to borrow more, it has to get permission to do so.

And that’s a problem.