That’s the question confronting President Obama and Mitt Romney as they march toward voting day. Their answers are predictable: Romney blames regulations and big government; Obama points to policies favoring rich guys like Romney. Sadly for the embattled American middle class, both viewpoints miss the mark.

The great stagnation in median incomes since the early 1990s stems from a failure to calibrate domestic policy to the demands of a rapidly changing world economy. Whether Democrats tax too much or Republicans too little is irrelevant against the sweeping economic disruptions caused by two decades of unprecedented globalization.

Global money flows have grown exponentially as restrictions on trade and investment have eased. But the exchange rates used to price these money flows have become distorted. China’s manipulation of its currency has reduced the price of its exports in dollar terms. Meanwhile, the dollar’s role as the world’s reserve currency has given America access to a colossal amount of cheap credit.

This combination generates a multi-trillion-dollar excess of savings in China and a dangerous dependence on debt-financed consumer spending in the United States. The result: an evisceration of America’s competitiveness.

At the same time, Wall Street’s risk-taking ethos has infected the entire global financial sector. It’s permitted bankers to draw exorbitant pay checks while the risk of financial crises has risen. And, as we’ve seen, the burden of paying for those meltdowns has shifted to middle class taxpayers.

Since we cannot wind back the clock on globalization, we must match it with globalized policymaking, where a degree of sovereignty is sacrificed in return for economic stability and a more evenly balanced global playing field. It’s the only way to restore the American middle class. Just don’t count on either presidential candidate to make the case. 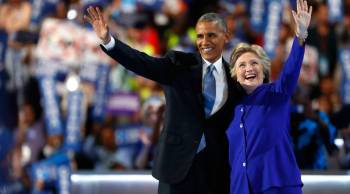