The mysterious case of purloined Apple IDs, hackers and the FBI

The mysterious case of purloined Apple IDs, hackers and the FBI

Here’s what we know: There’s been a hack that involved information about at least 12 million Apple devices being posted online. It’s been in the news and it sounds kind of scary. Especially because if you have an iPhone or an iPad, data about that gadget could be involved.

Mat Honan writes for Wired, was recently the victim of a large scale hack himself, in fact, and was here to fill us in on how freaked out to be. “I think the first thing you need to know is that you shouldn’t freak out about it,” he said. “This is not nearly as big of a deal as say if they had released a million Apple IDs, which are the logins that people use to go to say the iTunes store.”

If that was the case, the bad guys could spend your money.

The case of this hack kind of plays out like a spy movie. “A hacking group called AntiSec who are associated with Anonymous posted up a file containing what looked like a million UDIDs,” said Graham Cluley, with the security firm Sophos.

Those are Unique Device Identifications. You probably don’t know yours. Anyway, back to the intrigue of the AntiSec hack.

Cluley: And they also claimed to have gathered personally identifiable information on round about 12 million people, so they had many more of these IDs, but they said this is enough, and what they did then was they said they got all this information from an FBI laptop which they hacked.

Moe: What has the FBI said about this?

Cluley: The FBI have come out and said in no uncertain terms this is completely false. They used capital letters, they were very curt in their press release to say we’re aware of the reports, but there’s no evidence an FBI laptop was compromised, or that the FBI ever obtained this data cause of course it would be controversial if the FBI had obtained this data.

Either the hackers or the FBI is lying or someone’s terribly mistaken.

But! To reiterate! You’re not in danger. At least not much. Again, Mat Honan.

Honan: There’s a possibility someone could use it to do something like get your phone’s location if they know a certain app that was tracking that location and also was using that UDID. By basically associating that UDID with some other piece of information, that’s where you could run into a potential problem.

Moe: How hard would that be to do?

Honan: That’d be pretty tough. Apple has begun prohibiting developers from tracking UDIDs. With iOS 5, they said that developers can no longer do that, and so that number is being phased out. But, in the short term, if you’re talking about unscrupulous developers or someone hacking into a developer’s database, there is a possibility that that could be used for something nefarious.

For now, don’t panic. Keep changing your password. Make it hard to guess.

This is my final week on Marketplace Tech Report. I’m departing to host Wits, a new comedy and music program from APM. Handing this program over to David Brancaccio. I’ll miss you guys and I’ll miss robots. Let’s do one more Robot Roundup.

What are the machines up to?

ROBOTS are learning from the Mars Curiosity rover how to drill for oil. A Norwegian company is studying how Curiosity is able to function so well with no engineers on site. They plan to eventually develop similar robots that can roll to a location and erect 14 story drilling rigs with no people around. Which would be huge for both technology and Norwegians who don’t like to travel.

ROBOTS are making solar panels more efficient. A Silicon Valley startup company is making robots that can tilt panels to gather the most energy. They would replace individual motors on panels which are expensive and hard to maintain. The robots sound great until the sun burns out then it’s back to the drawing board.

And ROBOTS are trying to save coral reefs. Fishing boats can snap off coral branches. A Scottish university is making robots that can swim in clusters and autonomously find and reattach the broken coral. Seems like it would be easier to make robots that just stop those boats from doing that in the first place. But who am I to question Scottish fishery robotics? 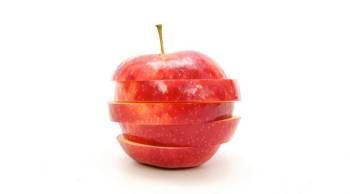